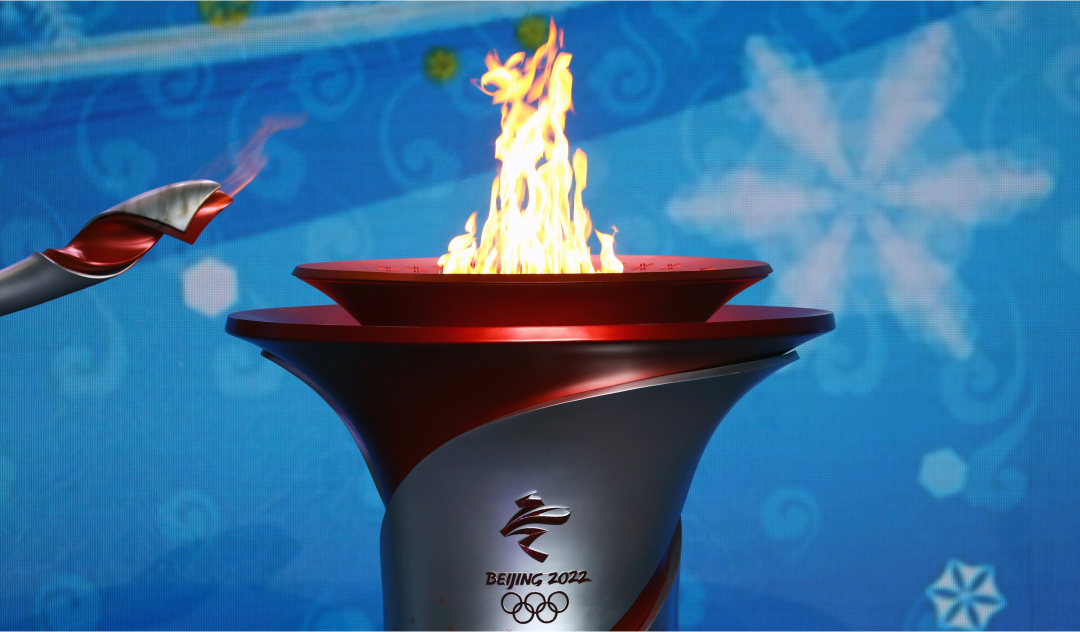 The Olympic flame for the 2022 Beijing Winter Games arrived in the Chinese capital on Wednesday amidst loud protest.

Demonstrators had tried to disrupt the ceremony, with loud protests and by displaying banners criticising reported human rights abuses in China, Tibet and Hong Kong.

A flight with the flame on board landed in Beijing ahead of a welcome ceremony at the Beijing Olympic Tower near the National Stadium, Xinhua news agency reported.

The flame will initially remain there before going on display in other Chinese cities as well.

“It will be aiming to spread the Olympic spirit and engage more people to participate in ice and snow sports,” says Xinhua.

A scaled-down torch relay will be held, with some 1,200 torch-bearers.

They will tour the three competition zones of Beijing, Yanqing and Zhangjiakou from February 2 to February 4 ahead of the opening ceremony also scheduled for February 4.

The Games running until February 20 are to be held under strict coronavirus hygiene protocols.

No fans from abroad will be allowed to attend.

The flame was handed over to the Chinese organising committee in Athens on Tuesday at Panathenaic Stadium where the first modern Olympic Games took place in 1896.

It was lit the previous day with the help of a concave mirror and the sun’s rays at ancient Olympia.

Beijing is the first city to stage the summer and winter Games, having also hosted the 2008 summer edition.