In two years, Mr Macron has been subjected to assault twice in the public in an humiliating manner by enraged citizens. 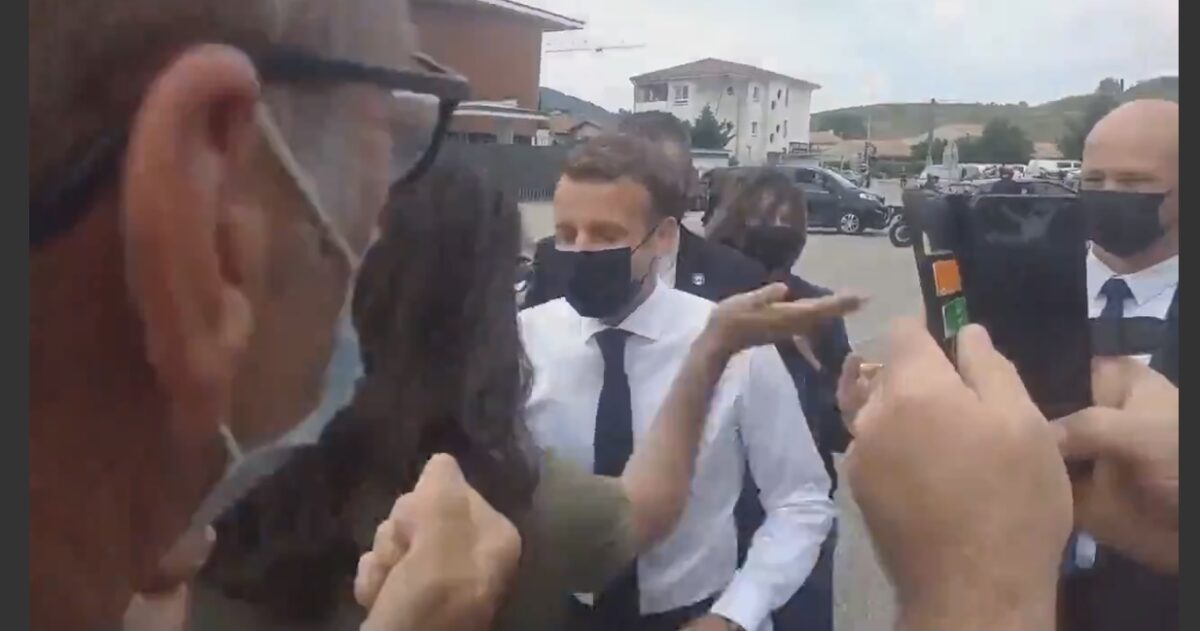 French president Emmanuel Macron was slapped by a woman in a viral video.

In the viral video seen on Twitter on Monday, the woman slapped Mr Macron before she was overpowered by the president’s guard.

Dressed in a white shirt and a pair of black trousers with a nose mask, Mr Macron was shielded from more assault from his assailant by security guards.

In two years, Mr Macron has been subjected to assault twice in the public in an humiliating manner by enraged citizens.

In June 2021, an enraged man had slapped Mr Macron in the public, eliciting global uproar. The man was tried and later sentenced for assaulting the French president.