Amusan smashed the record she set at the Oregon games in two hours to emerge world champion. 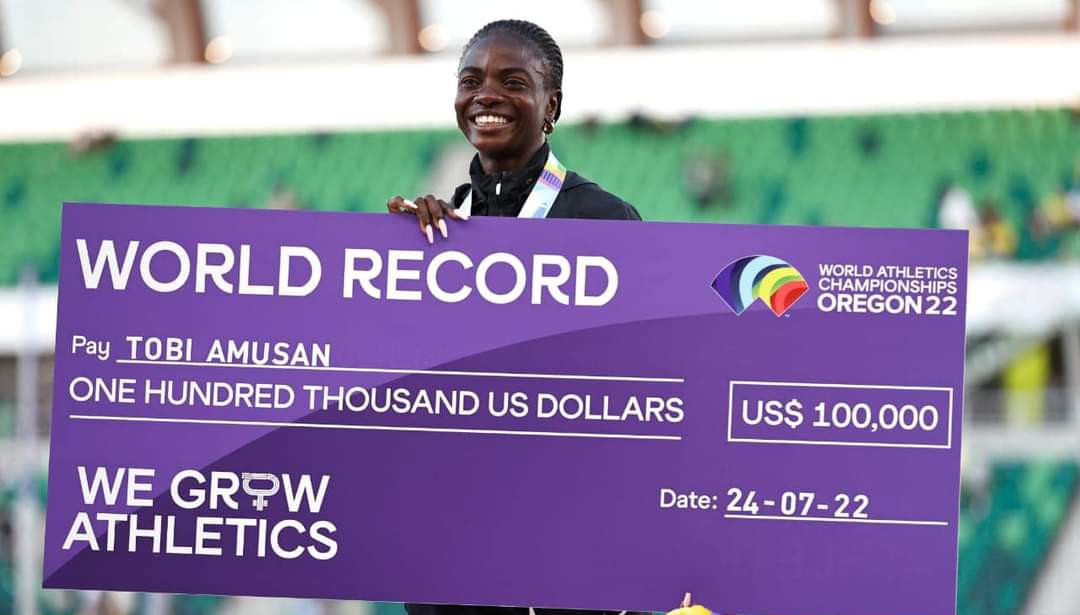 Nigeria’s Tobi Amusan has lit up the just concluded World Athletics Championships in Oregon, smashing the world record for the women’s 100m hurdles in the semifinals and running an even quicker time to win gold in the final, barely two hours later.

Amusan finished fourth at the last Olympics and the most recent World Championship in 2019 but has come to Oregon in great form.

She clocked 12.12s in the semifinal and went ahead to finish the final in 12.06s. The time in the final race will not count as a record, though, as organisers say she had too much tailwind in her favour.

The previous world record was held by America’s Keni Harrison, who finished in 12.20s in 2016. Amusan’s time is the most significant time drop for a world record in this event for 42 years.

In the just finished tournament, Amusan set what was her personal best at 12.40s and also set Africa’s fastest time in the event on Saturday.