The recent xenophobic attack involved a South African gang and Nicholas John, an indigene of Ogun state and car dealer in the country. 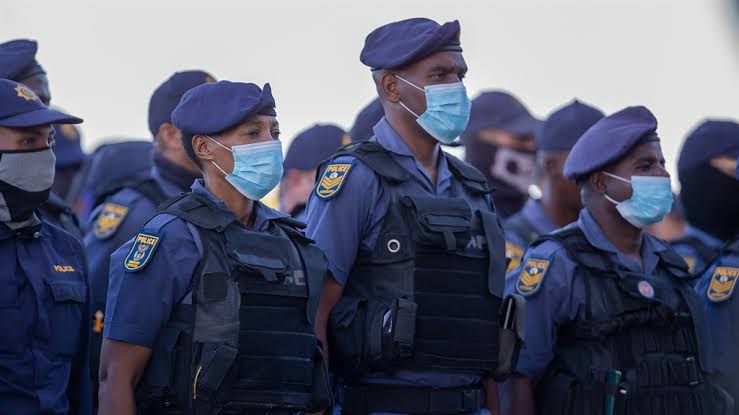 The South African police have promised to ensure the safety of Nigerians residing in the country, following recent xenophobic attacks that have left a Nigerian dead.

The police gave the assurance when the Nigeria Union South Africa (NUSA) met with stakeholders at Kimberley district in Northern Cape, South Africa, where a Nigerian died from a mob attack.

Led by its President, Collins Mgbo, NUSA said in a statement Sunday from Pretoria that the meeting was attended by Brig. Rikhostso, Head of Kimberley Police Cluster, representatives of religious bodies, the host community and the South African widow of late Mr Nicholas John.

The late John’s widow was identified as Caroline Chikoma, who is currently nursing a four-month-old baby.

Mr Mgbo identified the late John as an indigene of Ogun state, who made his living selling cars in South Africa’s Kimberley district in the Northern part.

On the circumstances that led to John’s death on February 12, the NUSA president said that on February 11, John was attacked by a South African gang for allegedly buying a stolen laptop.

Mr Mgbo said the Nigerian was beaten alongside his friend, who the attackers believed was an accomplice, while the South African criminal who stole the laptop and sold it to John was left unharmed.

Other Nigerians at the scene called in an ambulance and took John to the intensive care unit of Kimberley Hospital, where they were informed by the medical doctor on duty that John’s brain was damaged and that he stood no chance of surviving.

Mr Mgbo said that the purpose of the meeting was to appeal to the police to make sure that justice was served in the tragic assault on the late John and for his killers to be brought to book.

“Secondly, the meeting was able to establish a structure or team, comprising the police, Nigerians, churches and other migrant community organisations.

“The responsibility of this group is to make sure that information is sent across to the police whenever there is a crisis so that the police can handle the matter quickly before it gets out of control.

“The police have promised the Nigerian community that they will make sure their lives and properties are protected,” Mr Mgbo said.