Yusuf clinched the Bronze medal in women’s weightlifting 64kg event, with 93kg in snatch and 119 in clean and jerk. 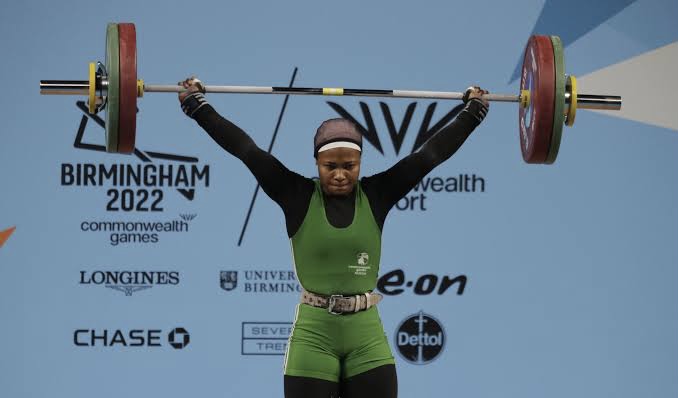 Islamiyat Yusuf has won Nigeria’s  fourth medal at the ongoing 2022 Commonwealth Games in Birmingham on Monday.

Yusuf clinched the Bronze medal in women’s weightlifting 64kg event, with 93kg in snatch and 119 in clean and jerk.

Peter did not advance to the quarterfinals, losing by 10-0 to Northern Ireland’s Nathon Burns.

Nigeria will take part in the semi finals of the Men’s table tennis team event against India.