Mr Zulum overruled the board and argued that its action was “wrongly timed”. 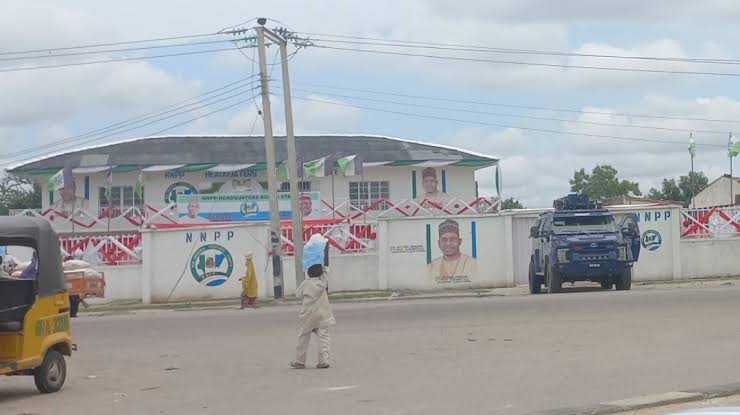 The Borno Urban Development Board on Friday unsealed the Maiduguri office of the New Nigerian People’s Party (NNPP) on the orders of Governor Babagana Zulum.

The board invited the police to the office on Thursday to ensure the proper sealing of the party secretariat, which it said contravened the law as it is sited in a residential area.

Mr Zulum overruled the board and argued that its action was “wrongly timed” as the NNPP presidential candidate, Musa Kwankoso, was scheduled to visit Borno and the party office on Saturday.

Confirming the reopening of the office, NNPP’s chairman in Borno, Mohammed Mustafa, said Mr Zulum’s intervention had brought smiles to the faces of the party members.

“We are now in our office making the necessary preparations to host our presidential candidate, Dr Musa Kwankwaso, on Saturday,” he told journalists.

“The board claimed to have acted in the same regard by sealing the NNPP’s headquarters for wrongful conversion of a residential building to a party office.

“Gov. Zulum, however, regarded the board’s action in the case of the NNPP’s office as that of wrong timing.

“Zulum believes that no matter the justification, the board’s decision is bound to be given political misinterpretation, which could heat up the polity and cause needless distractions.

“The governor believes that reversing the board’s decision as it affects the NNPP is in the overall public interest of peace,” Mr Isa stated.