Mr Zulum made the declaration on Sunday in Monguno during his visit to the headquarters of Sector 3 of Operation Hadin Kai. 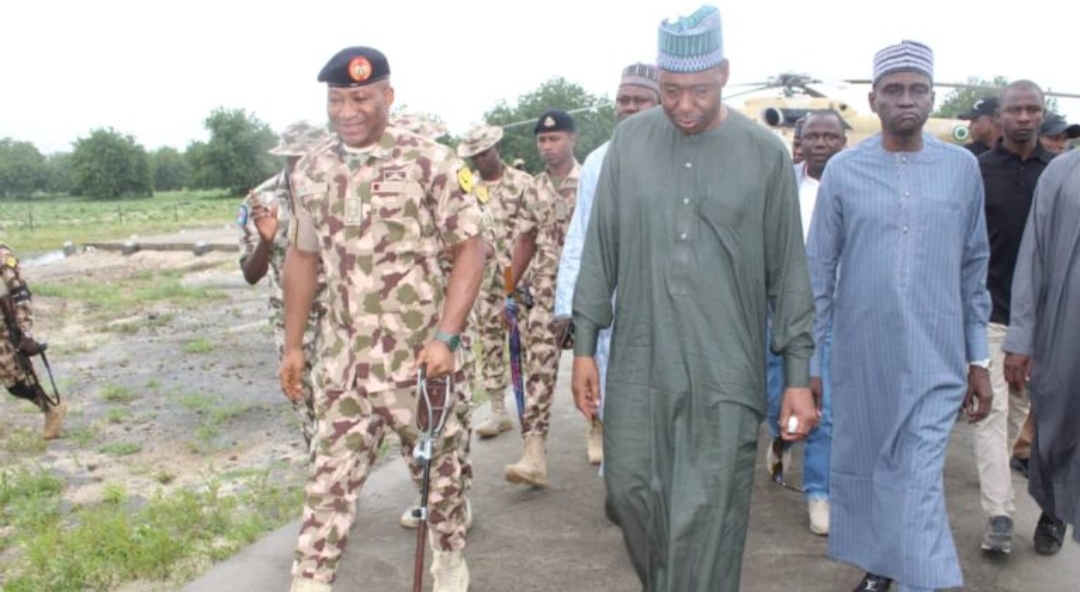 Governor Babagana Zulum of Borno has reiterated his administration’s commitment to sustain support to the military and other security agencies in the fight against insurgency.

Mr Zulum made the declaration on Sunday in Monguno during his visit to the headquarters of Sector 3 of Operation Hadin Kai and Multinational Joint Task Force (MNJTF) in Kinnasara Cantonment, Monguno.

He noted that the improvement in security in the area had led to the return  of displaced persons in the zone back to their ancestral homes, particularly in major towns like Baga, Cross Kauwa, and Mallam-Fatori.

Receiving the governor, the Sector Commander,  Brig. Gen. A.E Abubakar, thanked the governor for the solidarity visit to the command and assured him of the military’s commitment to secure the lives and property of people of Borno and the nation in general.