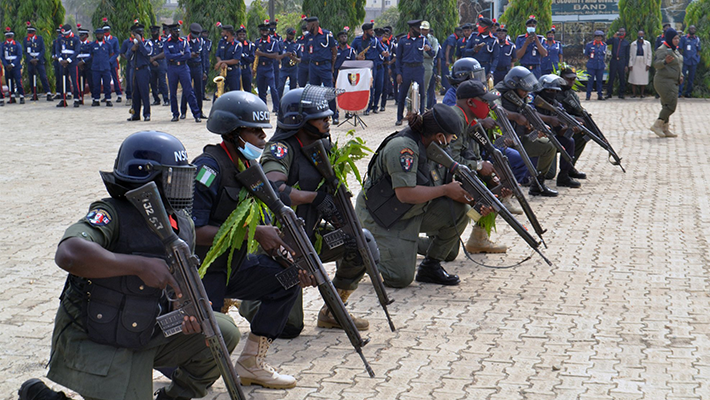 The Kano state command of the Nigeria Security and Civil Defence Corps (NSCDC), says it has trained 100 of its personnel on intensive weapon handling, psychological profiling and forensic evaluation of arms bearing.

Terso Shaapera, the Corps Head of Forensic and Behavioural Unit, stated this in a statement signed by its Spokesman, Ibrahim Abdullahi, on Monday in Kano.

Mr Shaapera, represented by the Desk Officer, Forensic and Behavioural Unit, Muhammad Sani-Ibrahim, said the training exercise was part the core policy of the Commandant-General of the Corps, Ahmed Abubakar.

He said the 100 regular personnel were exposed to psychological profiling; forensic evaluation of arms bearing and intensive weapons handling.

Mr Shaapera said the training was designed to reinvigorate, restructure and reposition the Corps for effective service delivery in the state.

“In terms of their Intelligence Quotient (IQ) for them to effectively deliver assigned responsibilities as well as having comprehensive data of all the staff.

“The exercise is to test the arms bearing of personnel and to know the psychological balance or imbalance of the officers.

“It will enable us to hand arms and weapons to those whose brains and psyche are normal for effective service delivery and for the Corps to achieve greater successes,” he said.