“Let everybody check his own part and do the right thing. That is what I will advocate. The blame is not just on oil companies,” said NOSDRA director-general. 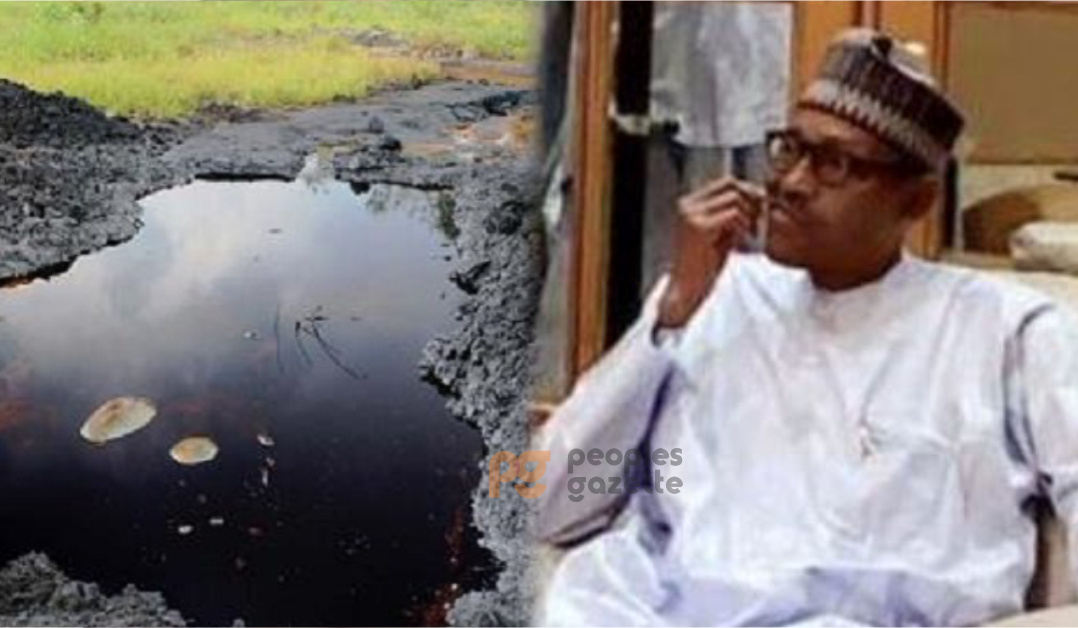 The National Oil Spill Detection and Response Agency (NOSDRA) on Wednesday said a total of 1,086 oil spills were recorded in Bayelsa from 2015 to February 2022.

President Muhammadu Buhari has been ruling Nigeria since 2015, when he assumed power in May.

Idris Musa, NOSDRA director-general, disclosed this when delegations from Connected Development (CODE) and Oxfam paid an advocacy visit to his office in Abuja. The visit was to discuss some challenges in oil-bearing communities.

Mr Musa said out of the 1,086 oil spills recorded in Bayelsa, 917 were due to sabotage in the form of third-party breakage of pipelines with a hacksaw or outright blowing up pipelines. He said communities in the area must protect oil installations and tackle such vandals, as their silence was causing harm to their environment.

“You see, we cannot keep running away. I gave you the statistics now that we recorded 1,086 oil spills in Bayelsa from 2015 to February 2022, that is 84.4 per cent; that means we need to do something. It is not about experts,” said the NOSDRA director-general. “If I came from a community, for instance, and then an expert will come and aid me to break a pipeline in my community that will spill oil into my water, will I then drink it and do other domestic chores?”

He urged CSOs to “wake up and interface with these communities.”

“Let everybody check his own part and do the right thing. That is what I will advocate. The blame is not just on oil companies. If everybody in the statistics I gave, which is 84.4 per cent, stop that act, then we will have zero spills, and our environment will be good,” Mr Musa added.

The NOSDRA boss also stated that Nigeria lost billions of naira due to daily oil spillage. According to him, NOSDRA has been advocating against it and working to end the sabotage and destruction of oil facilities.

“This is because when this spill happens, three things happen. As a nation, we lose revenue. Individuals lose livelihood because the oil will impact areas where they either fish or farm, and then it is also a loss to the oil companies and the environment,” he stressed.

Hamzat Lawal, CODE chief executive officer, said the organisation, through its Follow the Money initiative, tracked the utilisation of public funds to ensure its judicious utilisation in the interest of communities.

Mr Lawal said CODE, in collaboration with Oxfam, was working in the Niger Delta through its Conflict and Fragility project, including a new project and sought NOSDRA’s collaboration.

Henry Ushie, Oxfam’s project coordinator, said, “It is not that there are no resources, but those resources do not go round because a few people have hijacked most of the resources to themselves. So we try to reduce poverty by also ending inequality in all its forms, whether social, political or gender inequality, we just make an effort to end those forms of inequalities.”