The Ukraine conflict had created the fastest-growing refugee crisis since World War II, the head of the UN refugee agency (UNHCR) declared on Sunday. 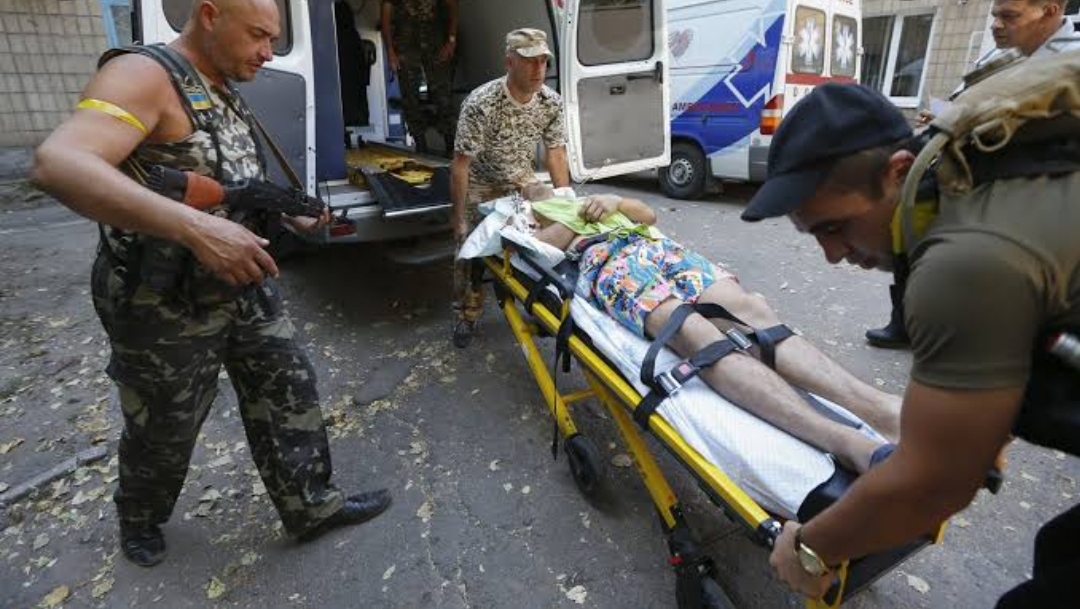 UN Secretary-General António Guterres has called for a pause in fighting to allow civilians to escape conflict zones in Ukraine as the Office of the UN High Commissioner for Human Rights announced it recorded 1,123 civilian casualties since the beginning of Russia’s armed attack on the country.

The OHCHR warned on Sunday that the casualty figures it reported – for the period between 04:00 local time on February 24, 2022, when the Russian Federation’s armed attack against Ukraine started, to midnight on March 5, 2022 – are likely to be a considerable underestimate of the true numbers.

OHCHR said 1,123 civilian casualties in Ukraine had been verified: 364 killed, including 25 children, and 759 injured.

Most of the casualties have been caused by the use of explosive weapons with a wide impact area, including shelling from heavy artillery and multi-launch rocket systems and missile and airstrikes.

“Also, to ensure that life-saving humanitarian aid, such as the UN supplies that began arriving on Saturday, can move in to help those who remain,’’ said Mr Guterres.

Mr Guterres singled out the cities of Mariupol, Kharkiv, and Sumy as examples of hotspots where civilians are at particular risk.

Attempts to allow some 200,000 civilians to safely leave Mariupol continue to be thwarted, with the International Committee of the Red Cross (ICRC) reporting “devastating scenes of human suffering” in the city.

The ICRC reported on Sunday that, whilst their teams remain on standby to help with the evacuation, they need security guarantees to operate.

So far, these guarantees have not been forthcoming, and the humanitarian organisation called on the warring parties to agree to specific terms that would allow for safe passage out of the city.

However, OHCHR noted that the casualty figures were considerably higher, especially in government-controlled territory, especially in recent days, as information from some locations where intense hostilities have been going on.

For example, in the town of Volnovakha, OHCHR said it was aware of allegations of hundreds of civilian casualties.

The Ukraine conflict had created the fastest-growing refugee crisis since World War II, the head of the UN refugee agency (UNHCR) declared on Sunday.

The UN High Commissioner for Refugees, Filippo Grandi, noted that more than 1.5 million people have crossed into neighbouring countries in just 10 days.

Mr Grandi’s comments followed warnings from UNICEF on Friday of “unprecedented” numbers of children and families fleeing their homes and humanitarian needs “growing by the hour.”

The WHO released its first Ukraine situation report on Saturday, outlining its health priorities for the country. These include mental health care, due to what the agency calls “significant stress due to acute conflict,” and conflict-related trauma and injuries, exacerbated by lack of access to health facilities due to insecurity.

WHO is also concerned about excess death from common illnesses due to disruption in services, acute maternal, newborn and child illnesses, as well as the spread of infectious diseases such as COVID-19, measles, polio, TB, and HIV.

Diarrhoeal diseases are also on the list of priorities due to the widespread destruction of water and sanitation infrastructure, inadequate vaccination coverage, population movements, and crowding.