Market sentiment closed positive on the nation’s bourse on Thursday with 14 stocks gaining, relative to 11 decliners. 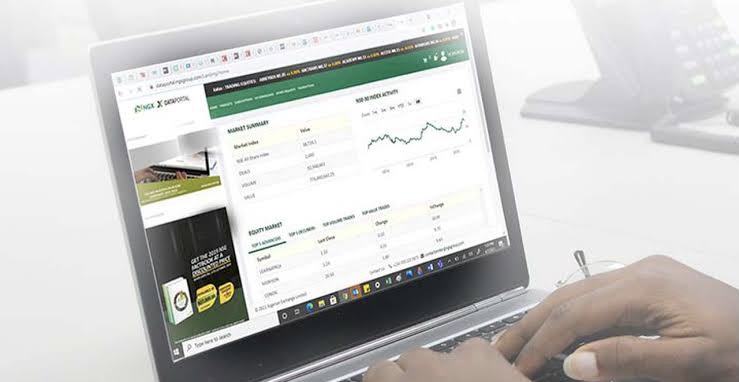 Market sentiment closed positive on the nation’s bourse on Thursday with 14 stocks gaining, relative to 11 decliners.

Sustained profit taking in large and medium capitalised stocks however kept trading on a bearish run with the market capitalisation dropping further by N7 billion.

Specifically, the market capitalisation lost N7 billion or 0.03 per cent to close at N22.043 trillion from N22.050 trillion posted on Wednesday.

Accordingly, month-to-date and year-to-date returns printed 2.4 per cent and 4.9 per cent, respectively.

Analysts at Afrinvest Ltd said that: “We expect the negative sentiment in the market to be sustained in the absence of any positive catalyst.”

Julius Berger led the losers’ chart in percentage terms by 9.88 per cent to close at N22.35 per share.

On the other hand, Union Bank of Nigeria drove the gainers’ chart in percentage terms by 9.78 per cent to close at N5.05 per share.

Transactions in the shares of UAC of Nigeria topped the activity chart with 64.95 million shares valued at N617.02 million.

Meanwhile, the Board of Union Bank of Nigeria (UBN) notified the Nigerian Exchange Group (NGX) and the Securities Exchange Commission (SEC) of the intention of its core investors (Union Global Partners Limited, Atlas Mara Limited and others) to divest their shareholdings in UBN to Titan Trust Bank Ltd.