Nigeria and the U.S. signed an MoU on the Clean Energy Demand Initiative to help address climate change in the country. 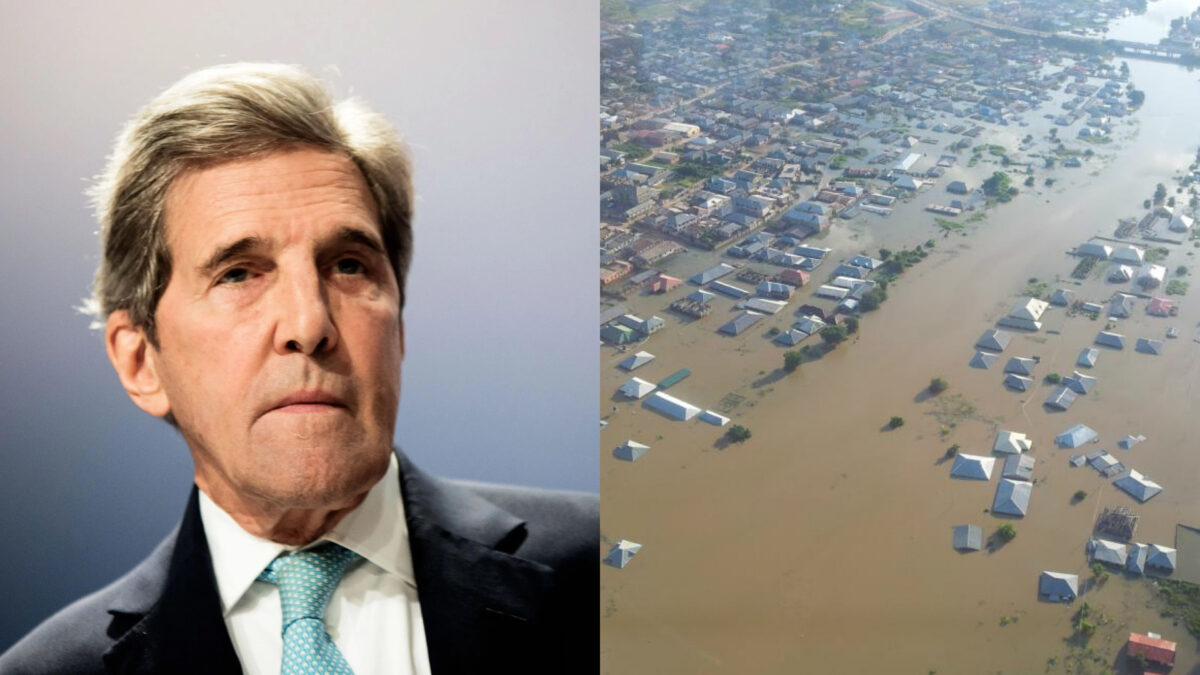 The Clean Energy Demand Initiative, a programme of the U.S. State Department, has announced up to $200 million in private sectors funds to address climate crisis in Nigeria and other countries.

The U.S. Special Presidential Envoy for Climate, John Kerry, made the commitment when his team paid a courtesy visit to the Minister of Environment, Mohammed Abdullahi, on Tuesday in Abuja.

Mr Kerry, who also signed a Memorandum of Understanding (MoU) with the minister on the initiative, said the programme started in Glasgow.

According to him, the initiative is a way by which companies and countries can make decisions to implement buying or production of green products.

“The initiative is also to accelerate the marketplace creation so that it will help transition programme faster and help to achieve a clean energy economy as well as dealing with the climate crisis.

“The minister has agreed in the letter of intent. We have 200 million dollars at the moment committed to the startup in the process of safety,” he said.

Mr Kerry said the initiative would take a lot of billions of dollars and trillions of investments in the country.

He said the programme would provide job opportunities and develop the economy as well as promote a healthy environment in the country.

“As you also think about the long-term future and sustainability for Nigeria for Africa, we would like to explore with you on how we can increase the ambition that you have set out already in your Nationally Determined Contribution (NDC).

“I congratulate you. Nigeria is taking a lead toward COP 27 and it is an opportunity to reduce emissions and deal with the climate crisis.

“So, on that note, the initiative is a very important effort to try to send a signal to the marketplace and to bring your businesses to the table,” he said.

The minister said the MoU would help Nigeria to participate in the clean energy demand initiative being supported by the U.S. government.

He said the essence of the initiative was to ensure healthy and clean energy is accessible in the country.

He thanked the U.S. government for its support and commitment to ensuring that the environmental crisis is tackled in the country.

Editor’s Note: This story has been updated to clarify that the U.S. is leading the initiative but funding would be coming from private organisations.