“It is imperative for Father Alia to intensify the personal efforts he has been making to bridge any perceived gap between him and the aggrieved members.” 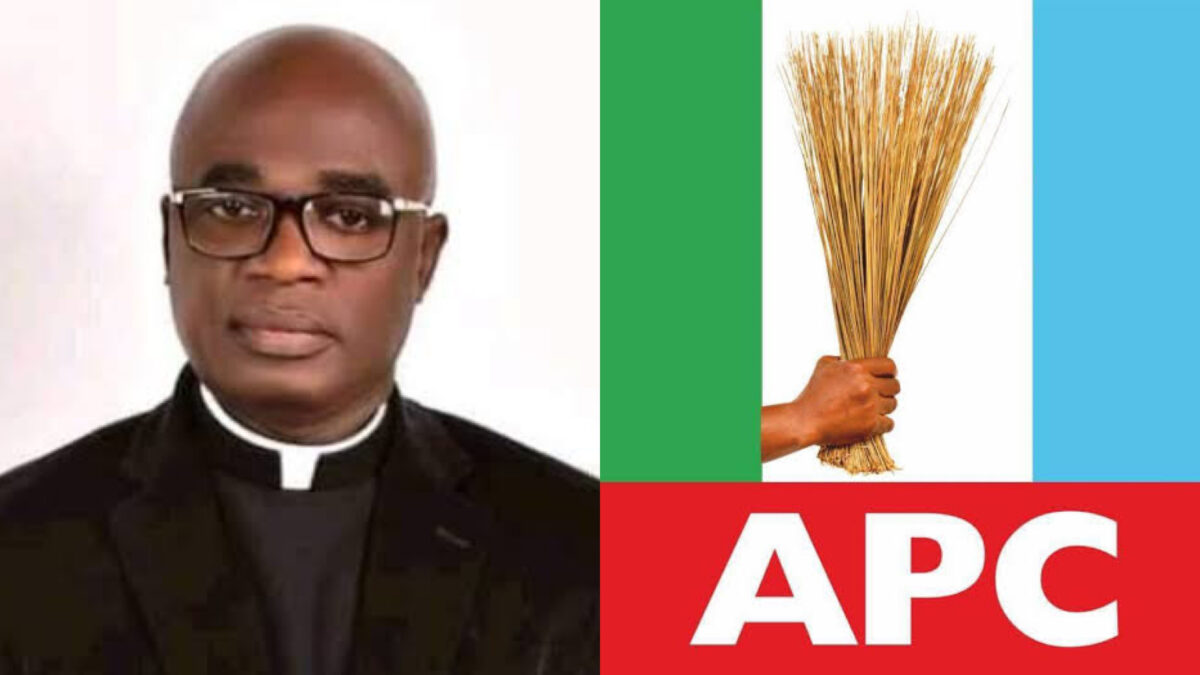 Hyacinth Alia, the APC governorship candidate in Benue, says he will continue his reconciliatory efforts to unite aggrieved party members ahead of the 2023 general elections.

Mr Alia made the pledge in Makurdi when presented with a letter from the Independent National Electoral Commission (INEC) as the official standard-bearer of the APC.

A statement by his media aide, Isaac Uzaan, said that the INEC letter was presented to Mr Alia by the APC chairman in Benue, Austin Agada.

Mr Alia thanked the people of Benue for finding him worthy of their trust by choosing him to bear the flag of the APC and urged aspirants who contested the governorship primary against him to unite and work for the victory of the APC.

The gubernatorial candidate described his emergence as a victory for all, adding that the task before all party members was to work collectively for APC victory in the general election.

He said having spent 32 years “in the trenches with the downtrodden,” his vision was to change the sorry state of affairs in Benue and bring about the development desired by all.

Mr Alia stated that he would unveil his running mate soon.

The Benue APC chair described the event as the beginning of the second phase of victory for APC in Benue.

Mr Agada said it was incumbent on the party’s chieftains to unite all aggrieved party members following the APC primaries.

“It is imperative for Father Alia to intensify the personal efforts he has been making to bridge any perceived gap between him and the aggrieved members of the party,” he added.

The chairman also mentioned that the APC would not relent until it wrested power from the ruling Peoples Democratic Party in the 2023 general elections.