While still contending with bandits and terrorists, the army and police are promising maximum security ahead of 2023 elections. 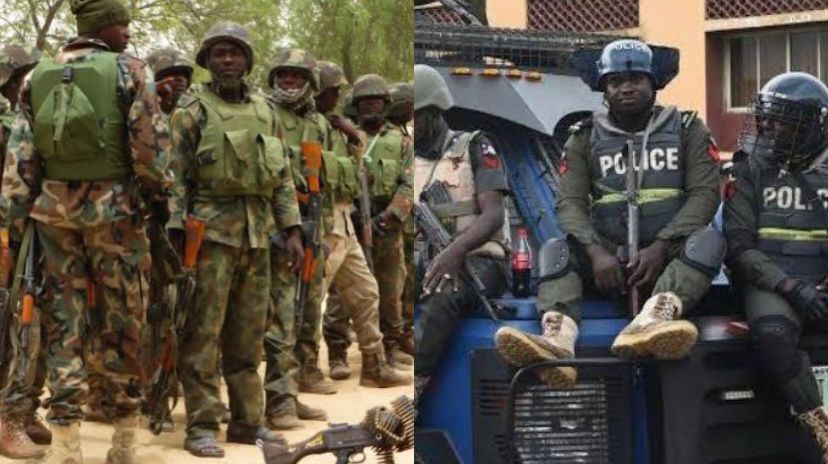 The Nigerian Army has reiterated its commitment to collaborate with the police and other security agencies to provide maximum security and ensure peaceful 2023 general elections.

The General Officer Commanding (GOC), 7 Division Nigerian Army, Maj.-Gen. Waidi Shuaib, stated this when he paid a courtesy visit to the police commisioner in Borno, Abdu Umar, on Tuesday in Maiduguri.

He said closer collaboration between the military, police and other security agencies would facilitate maximum security before, during and after the general elections.

The GOC said the visit would avail him opportunity to rob minds about the preparedness of the police to address security challenges during the elections.

“The police is the lead agency but due to the peculiar nature of North-East, it requires that the military in the sit of authority are the once who provided the lead in various operations. Elections violence can either occur prior to the conduct of the elections, during  or post elections, and both agencies will be involved in addressing these issues,” stated Mr Shuaib.

He added, “As the campaign already started, the joint security normally conduct operations to make sure that the metropolis is safe. We will like to ensure and reinforce all our forces including the hybrid forces marge together so that we have a very secured environment in Maiduguri metropolis.”

He explained that many intelligence reports “have been coming up” and “it’s only when we work together that will ensure that things are spinned down.”

Mr Abdu said the police would continue to collaborate with the military to protect lives and property in Borno and that the command had intensified patrols in collaboration with hybrid forces to combat crimes in Maiduguri metropolis.