2023 Elections: Nigerians have no problem with religion, Kukah declares

“Ordinary Nigerians have no problem with religion. It is the manipulation and systemic manipulation of our different identities that is responsible for our violence.” 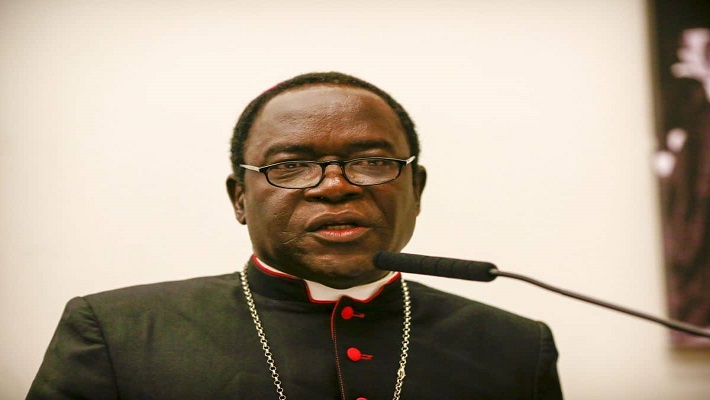 Matthew Kukah, the Catholic Bishop of Sokoto, has called for discipline among political actors ahead of the 2023 general elections, declaring that Nigerians have no problem with religion.

Mr Kukah made the call at the Goodluck Jonathan Foundation’s 2022 peace conference on Tuesday in Abuja.

“Ordinary Nigerians have no problem with religion. It is the manipulation and systemic manipulation of our different identities that is responsible for our violence,” the Catholic clergyman stressed.

He charged religious leaders to do their best to sensitise the public on the need for peace but insisted that political actors must play their roles.

Another panellist, Governor Bala Mohammed of Bauchi, said elected officials should regard themselves as privileged to participate and contribute to nation-building.

According to him, Nigeria needs a president who would be a leader for Nigerians across the board, not a sectional leader.

In his contribution, the regional director for Africa at the National Democratic Institute (NDI), Christopher Fomunyoh, said Nigeria could not afford to erode its past election gains in 2023.

Mr Fomunyoh said. He stressed that other African countries were looking up to Nigeria as the giant on the continent to conduct peaceful elections.