The senator said that a buoyant economy would lead to employment and reduction in crime. 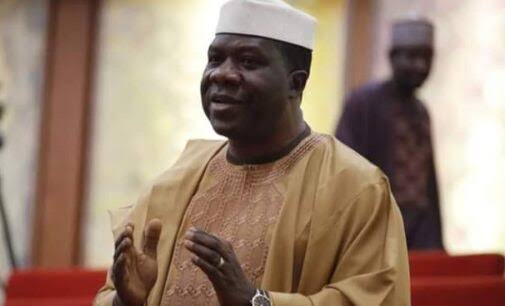 Mr Bamidele, who said this in an interview on Sunday in Abuja, added that the president for 2023 should have the recipe to save Nigeria’s economy due to the corruption level.

Mr Bamidele, the chairman of the Senate Committee on Judiciary, Human Rights and Legal Matters, added that if the economy was buoyant, there would be employment and a crime reduction.

“This is because more able-bodied people will survive either as business entrepreneurs or people engaged by companies or government agencies where they can build a reliable career.

“As much as possible, we also need somebody who will have the courage to take decisions without minding whose ox is gored and without setting out to protect any particular religion, tribe or group of people,” he said.

The lawmaker said the nation wanted democracy, which it should be now, but regretted that the country does not yet have the type of democracy it yearned for.

“This is because, for me, democracy goes beyond coming to an office through a process of an election; yes, that’s the beginning.

“But the best we have had at the moment is a civilian rule which, at least, is better than a military regime,” he said.

He expressed hope that Nigeria would graduate from its civilian rule in the last 24 years to a truly democratic system where votes would count and leaders elected only through the ballot.

The lawmaker stressed that for Nigeria’s democracy to work, it should respect the rule of law, which remained a cardinal element of that democracy, instead of observing the rule of force.

He said Nigeria’s democracy should enthrone press freedom, human rights and socio-economic rights as components of an example of proper democratic rule.