2023: Security tightened in Jos ahead of APC presidential campaign flag-off

Apart from the security arrangements, there’s rehabilitation of the roads to and around the Rwang Pam Township Stadium, venue of the event. 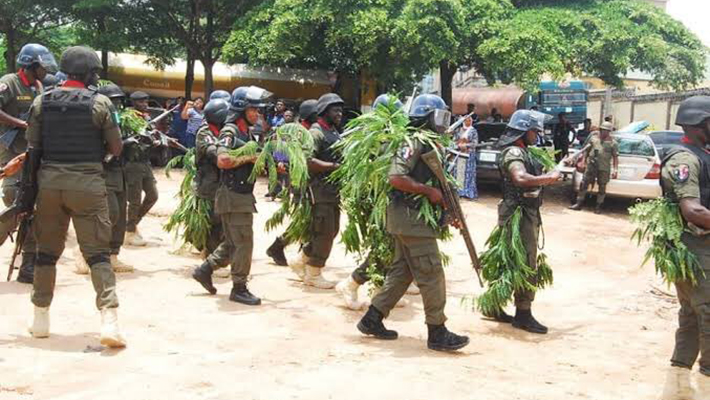 There is tight security at Rwang Pam Township Stadium Jos, venue of the All Progressives Congress (APC) presidential campaign flag off.

Stern-looking security personnel were observed to have been stationed in strategic locations within and outside the stadium.

The General Officer Commanding 3rd Division of Nigeria Army, Maj-Gen. Ibrahim Ali, was personally at the stadium to assess the security arrangements.

The Commissioner of Police, Plateau Command, Batholomew Onyeka, was also at the venue to assess the situation.

Apart from the security arrangements, it was also observed that the road network to and around the stadium was being rehabilitated.

While potholes were being filled at some portions, others were complete resurfacing.

The Chairman of the Local Organising Committee, Ahmed Wase, who was at the stadium, said the committee would do its best to ensure a hitch-free event.

“I wish to commend the APC for its choice of Plateau for the launching of its presidential campaign.

“The choice of Jos, which has a memorable history of hosting presidential campaigns and presidential primaries which produced presidents of the Federal Republic of Nigeria, is not a mistake.

“This time around we are very prepared to repeat that feat as we confidently march into the 2023 presidential and general elections,” he stated.