Mr Sowore made the announcement at his Abuja residence Thursday evening where he remarked that Mr Magashi would win the state for the AAC in the election. 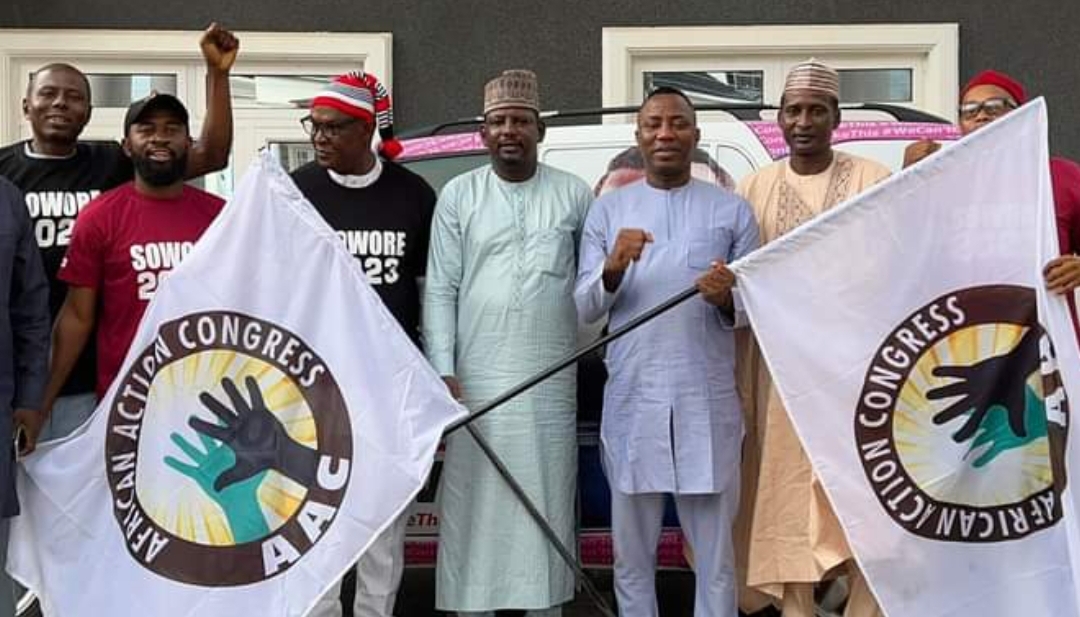 Mr Sowore made the announcement at his Abuja residence Thursday evening where he remarked that Mr Magashi would win the state for the AAC in the election.

“So many of you have been asking about the vice presidential candidate of the African Action Congress (AAC). And we are here to present to you, Haruna Garba Magashi,” Mr Sowore announced. “He is a lawyer from Kano state. He has participated in politics before joining the AAC. He comes from a strong back ground in Kano where we hope and believe we will defeat other parties.”

Mr Sowore also expressed optimism about winning the election. According to him, the woeful performance of the APC and the internal crisis of opposition Peoples Democratic Party (PDP), places his party at a chance of winning the state.

“We hope to defeat APC over there because the governor has messed up Kano; we know that we will defeat PDP (Peoples Democratic Party), that’s the party that’s imploding. We don’t need to talk about the Labour Party in Kano because the party doesn’t exist,” he said.

“We know that we will defeat Alhaji Kwakwanso and his party, the NNPP in Kano because we have got someone who is from there,” he added.

Mr Magashi studied Law at the University of Maiduguri and graduated in 2003. He was called to bar in 2005. He also holds a Masters degree in Business and Commercial law from Bayero University, Kano.