The PDP prayed for an order disqualifying the APC, Messrs Tinubu and Shettima from contesting the presidential election. 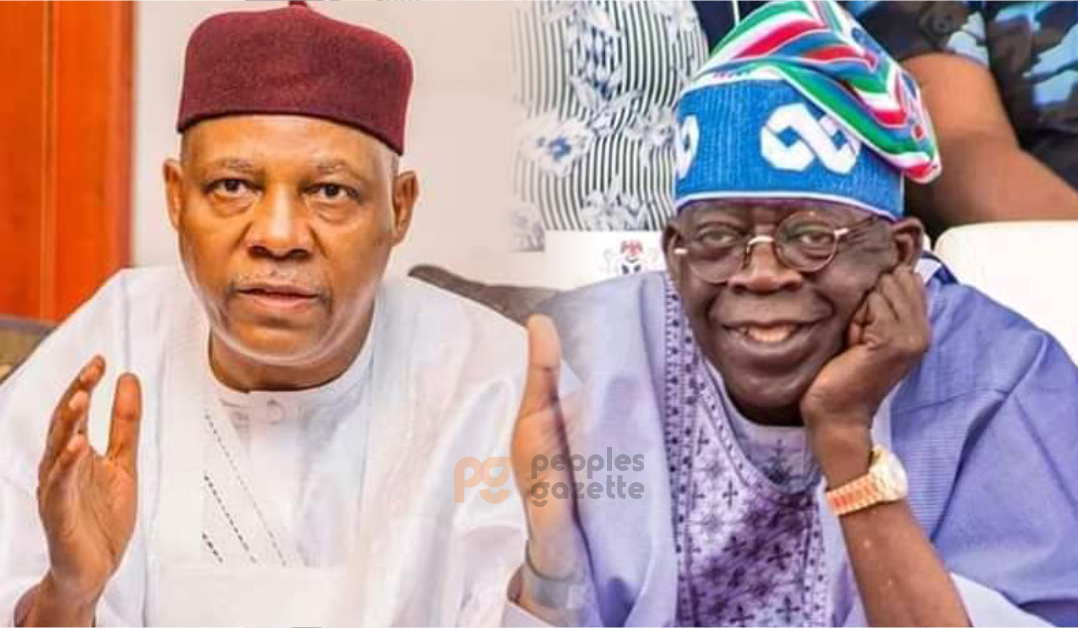 Bola Tinubu, the All Progressives Congress (APC)’s presidential candidate, and his vice, Kashim Shettima, have asked the Abuja Division of the Federal High Court to dismiss the Peoples Democratic Party (PDP)’s suit against them for being incompetent.

The motions prayed the court for an order striking out and/or dismissing the suit for want of jurisdiction.

In its originating summons, the PDP had sued the Independent National Electoral Commission (INEC), APC, Messrs Tinubu and Shettima as first to fourth defendants, respectively.

In the suit dated and filed on July 28 by Karina Tunyan, SAN, the PDP prayed for an order disqualifying the APC, Messrs Tinubu and Shettima from contesting the presidential election scheduled to hold on February 25, 2023.

The party urged the court to declare that by virtue of section 35 of the Electoral Act, 2022, “the nomination of the 4th defendant (Shettima) is void for allowing himself to be nominated in more than one constituency.

“A declaration that by virtue of the provisions of section 33 of the Electoral Act, 2022, a political party shall not be allowed to produce and submit a fresh candidate to replace a withdrawn candidate for an election without a primary election conducted to elect that candidate,” among others.

But in a 19-ground brought forward by Messrs Tinubu and Shettima in their motions filed November 8, they said the PDP lacked the locus standi to institute the action, describing their emergence as “internal affairs of the party which is non-justiciable.”

They also described the PDP’s suit as “an abuse of court process,” having been decided by a sister court in a suit marked: FHC/ABJ/CS/1016/2022 on September 22 by Justice Donatus Okorowo.

They argued that the subject matter and principal reliefs sought in the earlier suit are the same as those contained in the present suit.

“The plaintiff respondent’s suit constitutes a gross abuse of court process, having filed an earlier action before Honourable Justice D. U. Okorowo, on the same subject matter, seeking same or similar reliefs against the defendants;

“By the multiplicity of actions, the plaintiff’s instant suit before the Federal High Court is incompetent;

“The said complaint of the plaintiff in the suit has been dismissed for want of locus standi in a decision delivered on September 22, 2022, in suit no FHC/ABJ/CS/1016/2022 before the Federal High Court, Abuja judicial division, Coram, Honourable Justice D. U. Okorowo;

“The plaintiff’s claim, as presently constituted, is caught by the ‘doctrine of Issue Estoppel,’ thereby robbing the Honourable Court of requisite jurisdiction to entertain same;

“This honourable court cannot sit on an appeal over a decision delivered by Honourable Justice D. U. Okorowo,” the duo said.

Besides, they said the PDP “failed, neglected and/or refused to appeal the decision” of Justice Okorowo delivered on September 22.

Messrs Tinubu and Shettima, therefore, argued that the suit, as presently constituted, disclosed no reasonable cause of action against them; hence the court lacked jurisdiction to entertain it.

When the matter was called for mention on Wednesday, counsel to the PDP, A. M. Kotoye, SAN, told the court that all the defendants had been served with the originating summons though INEC and APC were not represented in court.

Thomas Ojo, who appeared for the APC candidates, informed the court that his clients had already prepared their counter affidavits and motions on notice which would be served on the parties.

Mr Ekwo adjourned the matter until December 5 for a hearing and ordered that hearing notices be issued to INEC and APC.