Justice Donatus Okorowo gave the order while delivering a ruling in the ex-parte motion moved by the Economic and Financial Crimes Commission (EFCC)’s counsel, Bala Sanga. 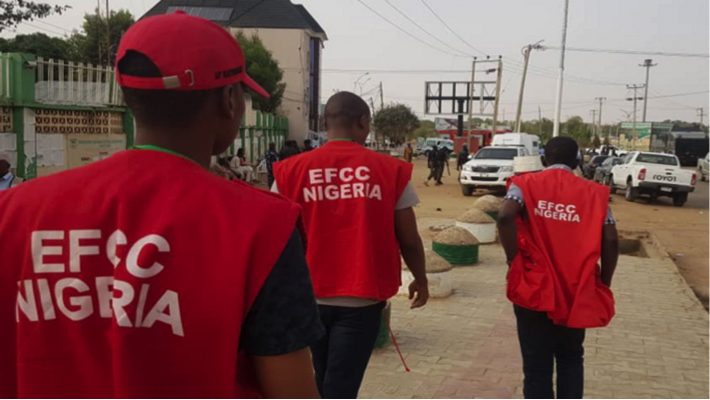 The Abuja Division of the Federal High Court, on Thursday, ordered the arrest of one of the alleged brains behind the Process and Industrial Development (P&ID) Ltd’s alleged $9.6 billion scandal, Corrado Fantoli.

Justice Donatus Okorowo gave the order while delivering a ruling in the ex-parte motion moved by the Economic and Financial Crimes Commission (EFCC)’s counsel, Bala Sanga.

Mr Fantoli, an associate of James Nolan, a Briton, who recently jumped bail.

In a suit marked: FHC/ABJ/CR/273, dated June 20 and filed Aug. 5 by the anti-corruption agency, Fantoli, who is said to be at large, is expected to face an eight-count money laundering charge.

While the Federal Republic of Nigeria is the complainant, Resorts Express Concept Nigeria Ltd, a company, and Mr Fantoli are 1st and 2nd defendant respectively in the suit.

Mr Fantoli and Giovanna Beccarelli, who had also been declared wanted and an arrest warrant issued against her, are said to be directors and signatories to the company’s Guaranty Trust Bank account number: 0123849451.

When the matter was called on Thursday for the defendants’ arraignment, Mr Fantoli was neither in court nor represented by a lawyer.

Charges were, however, read against the 1st defendant (the company) and the EFCC ‘s lawyer notified the court about his motion ex-parte, seeking for the issuance of a warrant of arrest against Mr Fantoli pursuant to the relevant sections of the Administration of Criminal Justice Act (ACJA), 2015 and the inherent power of the court.

The lawyer, in a three-ground argument, said that the proof of evidence in support of the charge had disclosed prima facie case against Mr Fantoli, among others.

Also in the affidavit in support of the motion deposed to by Isah Daku Suleiman, one of the EFCC’s investigators assigned to the investigation of the $9.6 billion P&ID fraud, the companies and individuals associated with it, including the 1st defendant, said the intelligence report revealed that Mr Fantoli presently resides in Italy.

Mr Suleiman said that Mr Fantoli “is part of the brains behind Process and Industrial Developments Limited and Resorts Express Concept Nigeria Limited.

“That as part of the directing minds of Resorts Express Concept Nigeria Limited, the respondent (Fantoli) should stand trial and answer to charges of infraction of extant money laundering laws and aiding the companies to breach extant criminal laws,” he said.

According to the official, it will serve the interest of justice to grant this application.

Justice Okorowo, who granted the ex-parte motion, adjourned the matter until December 2 for hearing.