The traditional ruler was kidnapped on Sunday night on his way to Vom, a few metres before the main gate of the National Institute For Policy and Strategic Studies (NIPSS). 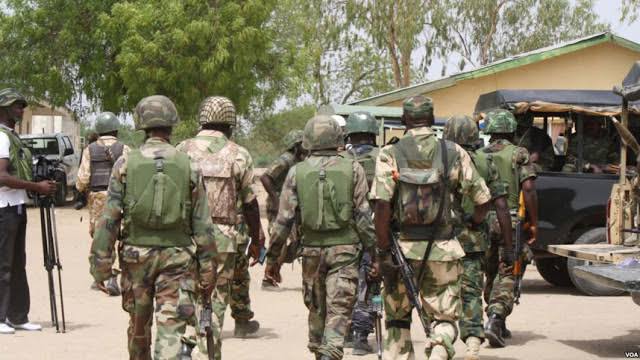 Ishaku Takwa, the spokesman for Operation Safe Haven (OPSH), confirmed the development in a statement on Tuesday, in Jos.

Mr Takwa said the commander of OPSH, Ibrahim Ali placed troops of Sector 6 in Riyom on red alert shortly after the traditional ruler was abducted.

“Consequently, the troops, in conjunction with other security agencies, vigilante groups, and hunters, conducted clearance operations in the mountainous region of Sabon Gida-Kanal, Gero, and Dahol general area,” he stated. “Two suspects were arrested at an abandoned building during the operation. This development led to the release of the paramount ruler by his abductors and he has been united with his family,”

He added that the commander had commended the troops for their efforts and urged them to continue to do more in serving their fatherland.

Mr Takwa further mentioned that the commander also advised Plateau residents to support security agencies in their bid to ensure the safety of lives and property.

The traditional ruler was kidnapped on Sunday night on his way to Vom, a few metres before the main gate of the National Institute For Policy and Strategic Studies (NIPSS), Kuru in Jos.