The actor was arrested by the SSS after his release by the army who first arrested him for wearing a garment with the Biafra rising sun on it. 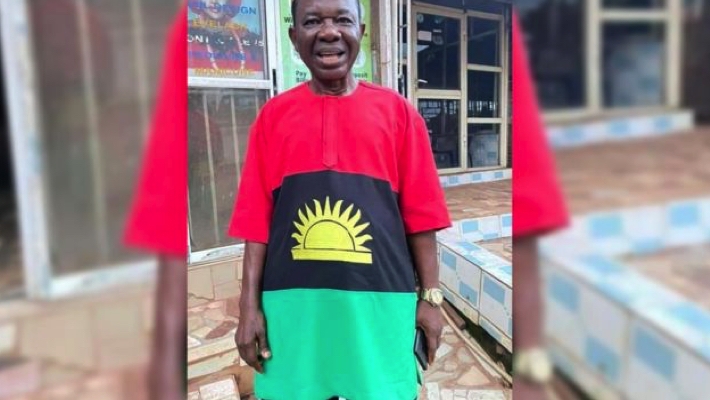 A photo of Chiwetalu Agu used to illustrate the story [Photo credit: BBC]

Veteran actor Chiwetalu Agu has been released by the State Security Service (SSS) after he was arrested on claims he was soliciting support for the Indigenous People of Biafra (IPOB).

Mr Agu’s release was secured by the Actors Guild of Nigeria (AGN), according to a statement by its spokesperson and actress Monalisa Chinda.

“On behalf of the Guild, I was at the DSS office with my colleague, the Senior Special Assistant on Military Affairs and Inter-Governmental Relations to President Steve Eboh to receive Mr. Agu today,” the actress said.

Ms Chinda added that “The elated veteran Actor thanked God for surviving the ordeal and commended the leadership of the Actors Guild of Nigeria headed by Ejezie Emeka Rollas for their relentless efforts in securing his release from the detention.”

Mr Agu was first apprehended by the Nigerian Army in Onitsha, Anambra, after he was spotted wearing an outfit identical to the Biafran flag, while distributing food to the needy.

“I was buying bread, ten thousand naira bread, sharing them one, no campaign, nothing! I was sharing bread when they came,” the actor had said in a now viral video while being commandeered into an office.

Hours after he was arrested by the army, the actor was released only to be rearrested by the operatives of the SSS where he was until his eventual release.

Mr Agu is notable for being a strong critic of the policies of the Muhammadu Buhari regime.