Explaining his mission in Imo, the revered cleric said he was in the state to decree God’s strength in troubled parts of the country. 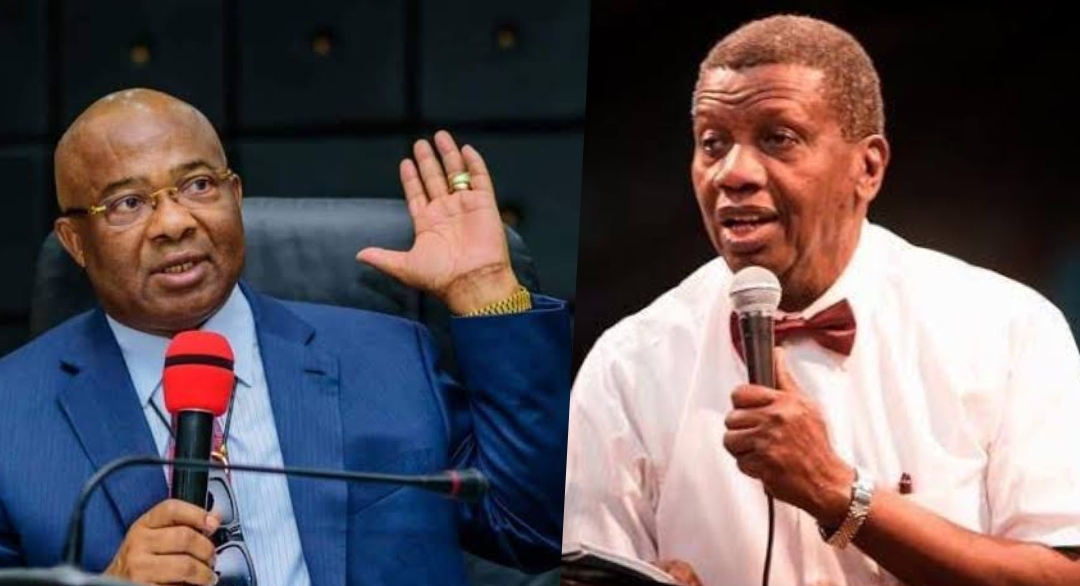 Pastor Enoch Adeboye of the Redeemed Christian Church of God (RCCG) says the challenges confronting the nation are “beyond human comprehension” but would be surmounted by fervent prayers.

Mr Adeboye, the General Overseer of the RCCG, made the assertion when he paid a courtesy call on the governor of Imo, Hope Uzodinma, in Owerri on Friday.

Explaining his mission in Imo, the revered cleric said he was in the state to decree God’s strength in troubled parts of the country.

He said he and his team have been fasting and praying for the restoration of the country for days, and that God prompted him to travel to places and regions across Nigeria where the powers of evil were engulfing light.

Imo and other southeastern states have endured incessant onslaught from unknown gunmen who continue to attack government establishments and top officials.

“With the visit, there must be light from now on in the South East,” Mr Adeboye remarked.

Mr Uzodimma described the visit as “a great pleasure” because Mr Adeboye is considered a true anointed man of God.

He asserted that the people and government of Imo were certain that Mr Adeboye’s visit would bring peace, harmony, and stability to the state, as well as the rest of the South East, which were essential for progress and development.

He hailed Mr Adeboye as “one of God’s real men, whom the people regard as the last hope of the common man.”