Yusuf Ali nurses a king-size grudge and animosity against ASUU, which he takes pleasure in reviling at the drop of a hat. 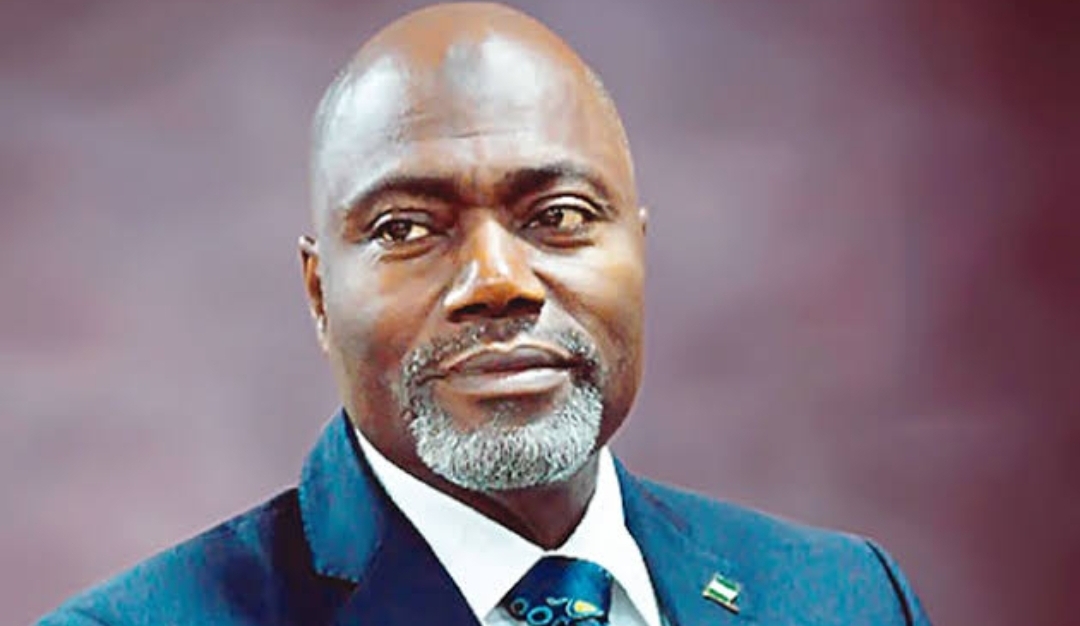 To start with, Mallam Yusuf Ali, SAN, for whatever reason, nurses a king-size grudge and animosity against ASUU, which he takes pleasure at reviling at the drop of the hat. Recently, he showed his hands as one of the secret sponsors of the ill-fated Congress of Nigerian University Academics (CONUA), when he came out calling for the registration of the group. He should tell the nation in what capacity he made the call; as the (il)legal adviser or the “baba-isale” (grand-patron) of the group? And if this is not an exhibition of the most reprehensible double standard, why is Mallam Yusuf Ali, not advocating for the formation of a rival state Bar Association to the Nigerian Bar Association (NBA) to which he belongs as a lawyer? This recent call, referenced above, throws up certain questions:

Has he obtained assurance(s) from his darling CONUA that it will never challenge the government over the dwindling fortunes of university education in Nigeria if registered? What other alternative unions does he propose as rivals/ replacements for the other university-based unions that also go on strike from time to time to express their frustrations over government’s characteristic indifference to their demands? Or there is no need for the other university-based unions to be denationalized by the formation of state universities alternatives? Furthermore, the fact that CONUA whose cause Yusuf Ali champions hopes to be for the whole universities in the country and not state universities confirms the personal animosities of Mallam Yusuf Ali against ASUU, which has robbed him of any pretense to objectivity but instead showed him as a meddlesome interloper whose interest in the progress of Nigerian educational system is less than noble. In any case, he is in the best position to explain the raison d’etre for his bland and jaundice rhetoric.

When Mallam Yusuf Ali fights ASUU, does he, in good conscience take a look at the quantum of developmental projects in UNIOSUN facilitated by ASUU historic struggles?  Mallam Ali, please search your conscience. Since your appointment as Pro-Chancellor and Chairman of Council of UNIOSUN, from 8th August, 2016, what is your personal contribution to the development of the University? The truth is that, Mallam Yusuf Ali has not been able to attract any meaningful funding to the University or laid a block in his name as contribution to the development of the University. In contradiction to his barren achievements in terms of development of UNIOSUN, ASUU has made and continues to make profound difference to the University such that UNIOSUN qualifies as one of the TETFUND universities nationwide. Without exaggeration, six-five (65%) percent of the major structures in the six campuses of UNIOSUN and indeed the main campus, Oshogbo, ranging from lecture theatres, laboratories, offices and other central infrastructure are TETFUND and NEEDS Assessment projects. Similarly, seventy (70%) percent of staff who obtained higher degrees abroad are through TETFUND interventions. It is therefore most ridiculous to argue as Mallam Yusuf Ali often does, that this is a money that should be shared by all Nigerians. Whether he likes it or not, these are undisputable products of ASUU struggles.

His threat that state universities will not respect the outcomes of ASUU/Government negotiations is a regrettable betrayal and scant respect for the principles of labour relations, especially as it relates to the fixing of emoluments for workers operating under the umbrella of a trade union like ASUU and its members. Mallam Yusuf Ali should clear his mind of the cobwebs of ASUU hatred and realise that he is operating in a rule-governed system, not a slave camp where the capricious whims of a dictator hold sway. In case his vile anger against ASUU has made him to forget, labour matter is in the exclusive legislative list of the 1999 Constitution of the Federal Republic of Nigeria (As amended). He should know that workers have freedom of association which includes membership of unions of their choice for the pursuit of their collective good and interest.

To stretch his argument further, may we ask him; what is he doing in the Committee of Pro-Chancellors of Nigerian Universities, and not restrict his involvement to that of state universities if he is opposed to a national platform for collective action? Are decisions reached there not binding on him? Why is UNIOSUN implementing the University Miscellaneous Act 2003, a federal legislation, even when the law has not been domesticated by the Osun State Government? Why is UNIOSUN paying the Vice-Chancellor and its academic staff using the Federal template and the 2009 FGN-ASUU Agreement? Is it not hypocritical that Mallam Yusuf Ali with his pseudo-federalist orientation has no objection to his state, Osun, like its counter-pacts nationwide, as well as their Houses of Assemblies are paid salaries as determined by the Federal? If this is not the height of hypocrisy, mischief and infantile rascality, I wonder what it is.

Yusuf Ali’s latest insistence that state universities will not respect agreements reached by our Union with the government therefore leaves a bad taste in the mouth, especially when the state universities are adequately represented on the negotiation table by eminent Nigerians like; Prof Olufemi  Bamiro (TASUED, Ijagun), Prince Alex Mbata (IMSU, Owerri) and Professor Shehu Usman Abdullahi (Kaduna State University). Mallam Yusuf Ali over-bloated ego would not alow him to accept that these distinguished gentlemen and Pro-Chancellors of state universities are quality representatives of state universities on the ASUU-FGN renegotiation since he is not on the team. Furthermore, maybe, we should ask him; why does the Nigerian Labour Congress (NLC) have the right to negotiate minimum wage for Nigerian workers irrespective of whether they are federal, state or local governments workers? Has there been any salary increase in UNIOSUN to adjust for the cost of living since Mallam Yusuf Ali took over as the Pro-Chancellor and Chairman of Council of UNIOSUN these pass six (6) years? In spite of the exorbitant tuition charged by UNIOSUN under Mallam Ali’s watch, is it not shameful that staff welfare has remained unattractive compared with other state universities in the country.

The union rejects in totality Mallam Ali’s statement, reminiscent of a closet dictator who seeks to keep academics in perpetual bondage as he is presently doing in UNIOSUN where he insists that our members cannot join their colleagues in a patriotic struggle to improve the conditions of our public universities system. This stone age tyranny has no place in modern day industrial relations practices. Thankfully, Yusuf Ali’s retrogressive separatist campaign at polarizing ASUU along state-federal universities divide has failed scandalously and dead on arrival.

Lastly, our union has no personal grudge against Mallam Yusuf Ali, but will not sit idly watching his unprovoked ‘public enemy’ stance. With due respect to the learned silk, his stance on the current crisis in the Nigerian public university system is unmeritorious, jejune, insensitive, self-serving, retrogressive and capable of introducing a dangerous dimension to the already volatile situation. Mallah Yusuf Ali’s unending vituperation against our Union seeks to be a product of a deep seated inner crisis. To this end, if he is unfulfilled as a Senior Advocate of Nigeria (SAN), it is not too late for him to pick up a post-graduate form in any of the Nigerian universities for a doctorate degree as a prelude to being appointed a lecturer. We shall be happy to welcome him after.

For the umpteenth time, we wish to state that at no time did our union have any disagreement with the Federal Government, all we had was an agreement which the Federal Government has regrettably failed, refused and neglected to implement! A settled and fundamental principle of law, which a revered professor of International Law, Hans Wehberg observed is that “few rules for the ordering of society have such a deep moral and religious influence” is pacta sunt servanda, that is, “agreement must be kept”. It is our considered view that a respected Senior Advocate of Nigeria and a “Mallam” for that matter, Yusuf Ali should help to establish and propagate this trite principle of law for its legal, moral and religious imports rather than doing otherwise. We hereby urge all well-meaning Nigerians to so hold.

ASUU is neither unnecessarily belligerent nor happy that our public universities have been shut for over 200 days, however, it is important to state that in resolving the current impasse, no amount of bellicosity and negative propaganda against our union will do any magic. Our members as teachers and parents are no less concerned that a simple matter has been allowed to fester this long by those who should know better. We love Nigeria and our patriotic struggle is aimed at ensuring that Nigeria takes its assured place in the comity of civilized nations by fixing her public university system in the interest of all.