Burkina Faso blew open the battle to qualify from Group A of the 2021 Africa Cup of Nations (AFCON) as they beat Cape Verde 1-0 on Thursday in Yaounde. 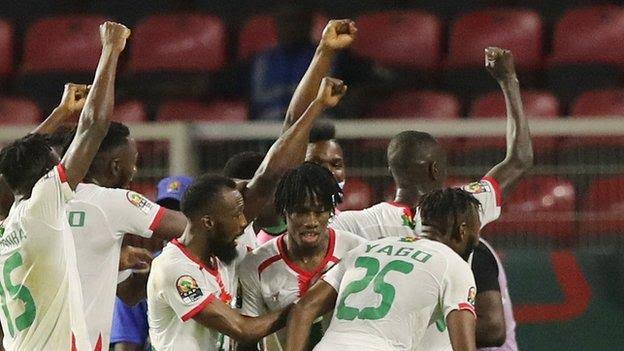 Burkina Faso blew open the battle to qualify from Group A of the 2021 Africa Cup of Nations (AFCON) as they beat Cape Verde 1-0 on Thursday in Yaounde.

A clever finish from Hassane Bande in the 39th minute gave Kamou Malo’s side their first points after they lost 2-1 to hosts Cameroon in their opening fixture.

Cape Verde were seeking a second win after beginning with a victory over Ethiopia, but they produced only one shot on target in each half in a rather insipid attacking display.

Indeed, the only major moment of quality came when Bande used his chest to turn in a ferocious right-wing cross from Issa Kabore to put Burkina Faso ahead.

In the second half, Cape Verde applied greater pressure but could not avoid suffering just their second defeat in nine AFCON matches.

The result also puts them under substantial pressure as they must now seek a positive result against group leaders in Cameroon to ensure they qualify.