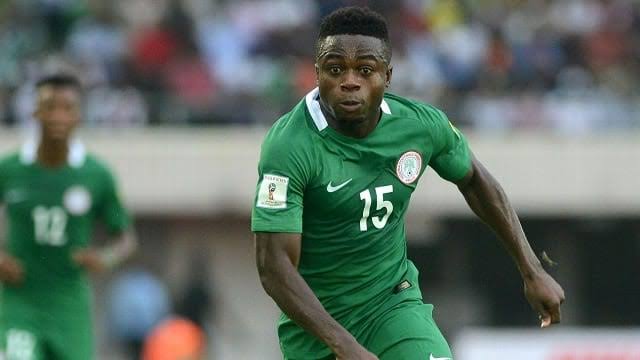 “With the previous one, I played based on his instructions, and with the current coach, he gives me the freedom to bring what you have in your club,” Simon said on Friday.

“So, I believe that has helped me and my teammates a lot,” he added.

Simon, however, admitted that every coach has his mentality and how he impacts players.

Speaking on Nigeria’s opening match in the ongoing 2021 Africa Cup of Nations (AFCON) against Egypt, Simon said it was his best game in the past two years, due to Eguavoen’s tactics.

“The game against Egypt was one of my best games in the past two years,” he said.

Nigeria had defeated their Egyptian counterparts 1-0 in their AFCON Group D clash in Garoua, Cameroon.

On missing many chances in the game against Egypt, Simon said he wasn’t perfect and was still a work in progress.

“We are working on it with the coach. Of course, we are not perfect.

“The likes of Emmanuel Amuneke and others are legends in the game and we watched them play live on television. So, we learn from them.

“I am not Messi or Ronaldo, everyone makes mistakes and everyone tries to improve.

“We are trying to improve in our game everyday,” he added.

German tactician Rohr was sacked by the Nigerian Football Federation weeks before AFCON in January after enduring spate of poor results.