AFCON: Indomitable Lions of Cameroon devour Ethiopia to qualify for round of 16

Thursday’s victory makes Cameroon the first country to book their place in the round of 16. 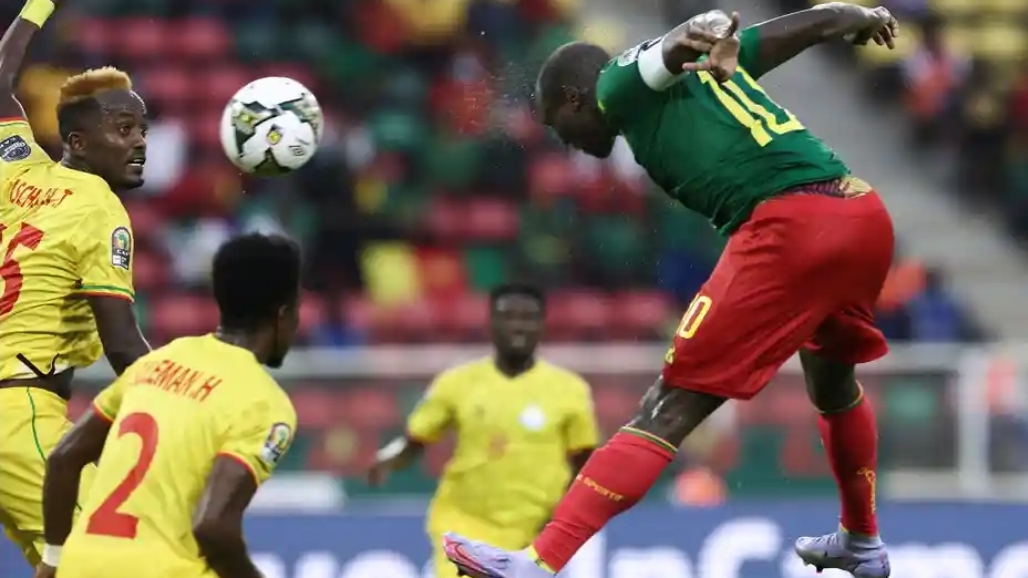 The Indomitable Lions of Cameroon on Thursday thrashed Ethiopia 4-1 to book their place in the round of 16 of the African Cup of Nations tournament.

The host country becomes the first country to make it to round of 16 of the tournament having won two games with six goals.

Ethiopia took the lead barely four minutes into the game as Hotessa Dukele fired in an opener.

However, the Lions levelled up four minutes later as Toko Ekambi fired in an equaliser for the host country, leaving both side 1-1 into the first half break.

Cameroon returned into the second half to do the damage, scoring three goals before the blast of the whistle.

Captain Vincent Aboubakar made it two for Cameroon in the 53rd minute, heading in a goal.

Aboubakar became the hero of the game when he added another goal for Cameroon just in the 54th minute, making a come back difficult for the Ethiopians.

In 67th minutes, Ekambi made it four for Cameroon, increasing his goal tally in the tournament.

With Thursday’s victory, Cameroon becomes the first country to book their place in the round of 16, with Ethiopia scoring one goal and losing two games.