AFCON: Super Eagles demolish Sudan to book place in round of 16

The Eagles went into first half break with a 2 goal lead, leaving Sudan with a huge mountain to climb. 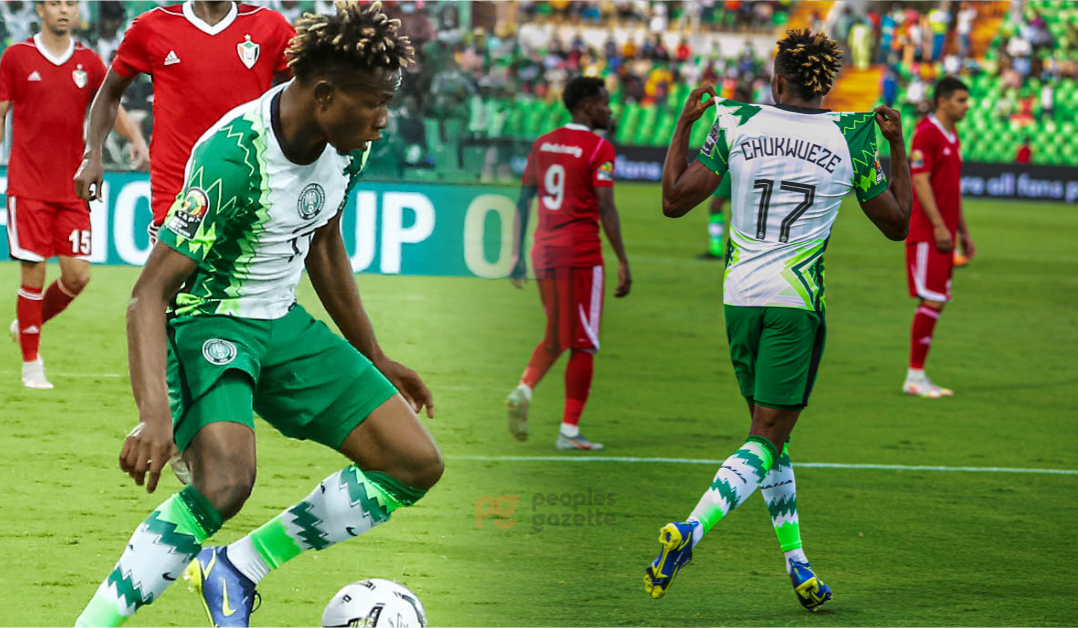 Nigerian Super Eagles on Saturday thrashed Sudan 3-1 to book their place in the round of 16 of the ongoing African Cup of Nations (AFCON).

Samuel Chukwueze gave Super Eagles the lead 3 minutes into the game, scoring the fastest goal since the  tournament commenced on January 9.

The Eagles went into first half break with a 2 goal lead, leaving Sudan with a huge mountain to climb.

Just a minute into second half, Simon Moses, who had a fantastic outing against Egypt, brilliantly dropped the ball on his chest before taking a left foot shot into Sudanese net.

In the 68th minute, a bad challenge by Ola Aina earned Sudan a penalty, which was converted by Walieldin Khedr.

With six points in two games, three-time AFCON winner, Super Eagles show prospect as a contender for the trophy.

Nigeria will play against Guinea-Bissau in the last group stage game.