On Thursday, the U.S. Embassy in Nigeria held its 21st annual Education USA College and Career Fair in Lagos. 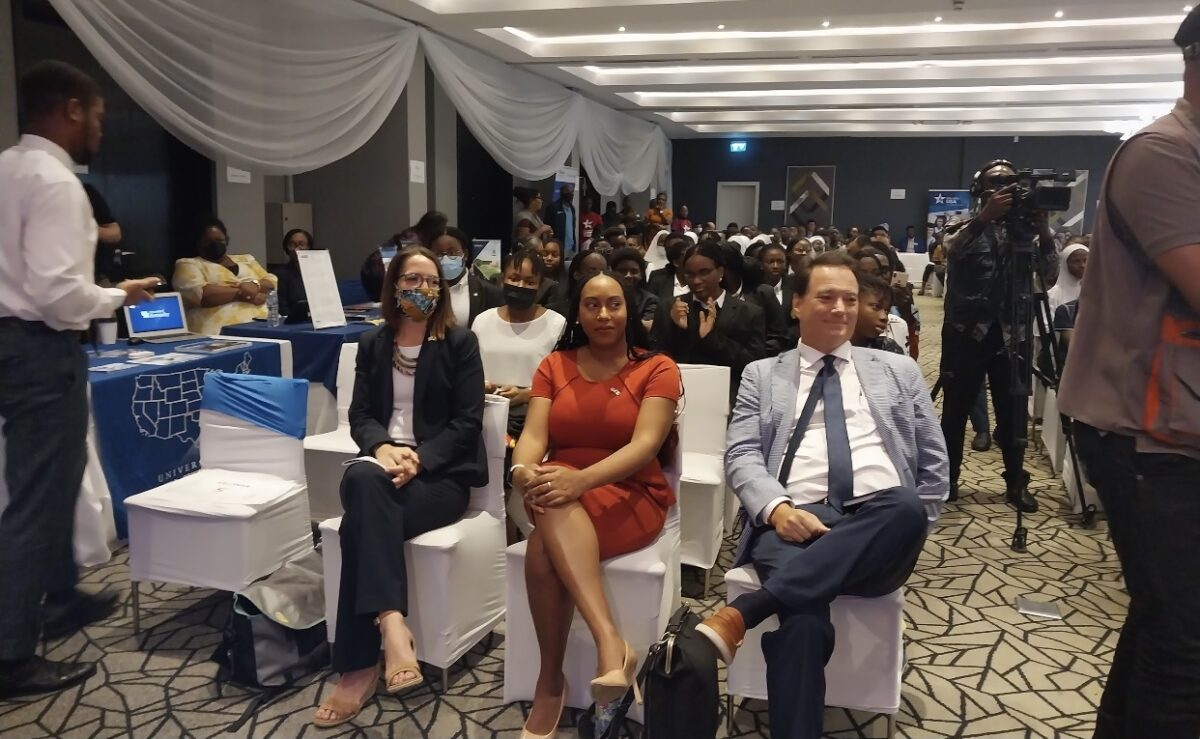 Many American universities have opened opportunities for Nigerian students to secure admission into their respective institutions.

On Thursday, the U.S. Embassy in Nigeria held its 21st annual Education USA College and Career Fair in Lagos.

University representatives from Iowa, New York, Kentucky, California were present at the event which was held at Radisson Blu Hotel, Ikeja, Lagos.

The U.S. representatives at the study fair had an interactive session with undergraduates, graduates and parents about the various opportunities, visas application processes, attractive scholarships, career advancement chances, and funding in the U.S.

The U.S. education adviser, Chinenye Uwadileke, said that scholarships for as low as $5,000 and fully-funded scholarships will be provided for students seeking admission into universities in the US.

“We have about 25 U.S. universities, some are representing both graduates and undergraduate programs. We hope that we can increase the numbers from 13,000 to 16,000 students,” she said.

She added that students are opportuned to study full-time and work for 20 hours weekly on campus in the U.S.

Public Affairs Counselor of the U.S. Embassy in Nigeria, Adnan Siddiqi, who spoke about the visa application process said students need to get admitted into any university of their choice before they can proceed to apply for U.S. visa.

He said international students will have to return back in their country after their programmes in U.S.

The U.S. consul general, Will Stevens, appreciates the efforts of parents for investing in their children’s education.

He noted Nigeria has the highest number of African students in the United States. “Over 13,000 Nigerian students are in the US,” he said, stating that more interviews were conducted post-COVID for Nigerians to study in the U.S.

He stated that the United States aims to create relationships that will benefit African students and their countries.

“The investment of your time to study in the U.S. is going to pay dividends for our relationship. When you go to the U.S. to study you come back to Nigeria with partners in research, funding, investment and entrepreneurial endeavours,” he said.

“I believe as we talk about 21 century, we are talking about how we can position Africa for every opportunity. We have to get our partnership right and you are a critical part of that.”