Mr Achebe also identified the harmful practices that should be eliminated to include harmful rituals, widowhood practices; denial of inheritance, forced and girl-child marriage. 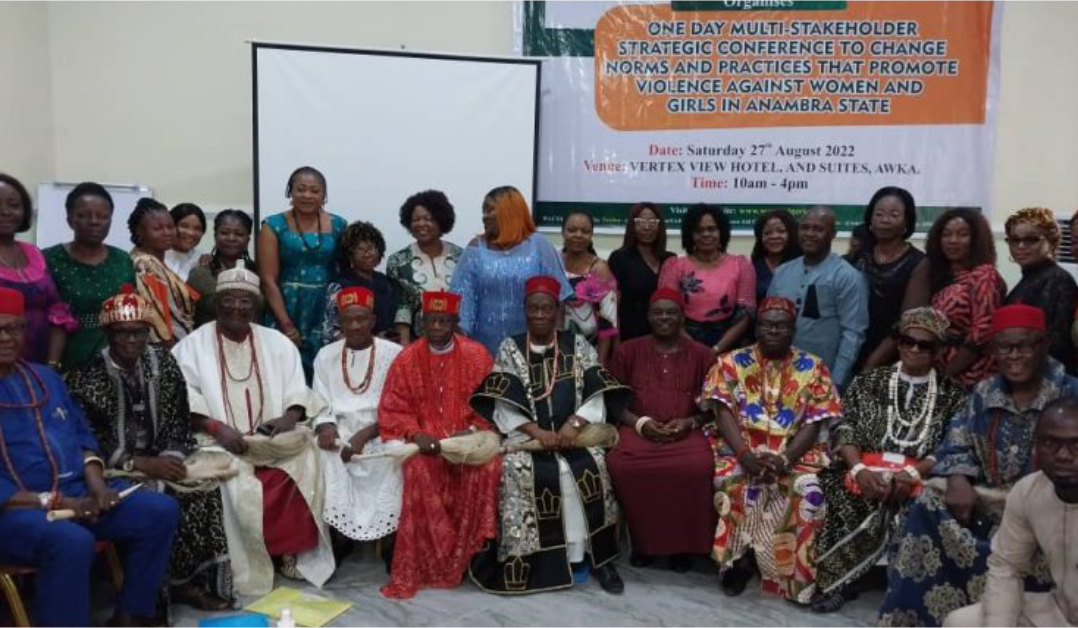 On Saturday, chairman of the council, the Obi of Onitsha, Igwe Achebe, made this known in a communique issued at the end of a multi- stakeholders conference on eliminating violence against women and girls in Awka, Anambra.

Mr Achebe also identified the harmful practices that should be eliminated to include harmful rituals, widowhood practices; denial of inheritance, forced and girl-child marriage.

He said that the council made a commitment toward actions to codify communal laws and regulations that would protect women and girls.

According to him, the meeting under the auspices of the Anambra State Council of Traditional Rulers do hereby make the following commitments.

“That we condemn all forms of violence against women and girls, including harmful practices and social norms in Anambra state, and commit to the empowerment of women and girls.

“That we are committed to eliminating harmful traditional practices such as widowhood practices; denial of inheritance, forced and girl child marriage,  harmful rituals, exploitation and trafficking of women and girls, including degrading treatment and practices.

“That we are committed to respecting the rights of women and girls as recognised in the state, national and international laws.

“That we make a commitment towards actions to codify communal laws and regulations that will protect women and girls which include rejection of harmful traditional widowhood practices, including disinheritance of widows.

“That we are committed to respecting the rights of widows and widowers; also committed to implementing the Supreme Court judgment that females have a right to inherit property from the family estate whether married or not,” he said.

He added that this would ensure that the state was free from all forms of violence against women and girls.

The conference was in partnership with the WomenAid Collective (WACOL) and the Ford Foundation West Africa support Ministries of Local Government and Chieftaincy Affairs, Justice, Women Affairs and the 50/50 Action Women of Anambra State.

Others are the Attorney-General and Commissioner of Justice amongst traditional rulers across the three senatorial districts under the umbrella of the Anambra state Council Traditional Rulers, the Founding Director of WACOL, Professor Joy Ngozi Ezeilo.