The civic group, which partnered The Gazette to cover the poll, also noted widespread malfunctions in the newly-deployed bimodal voter accreditation system (BVAS). 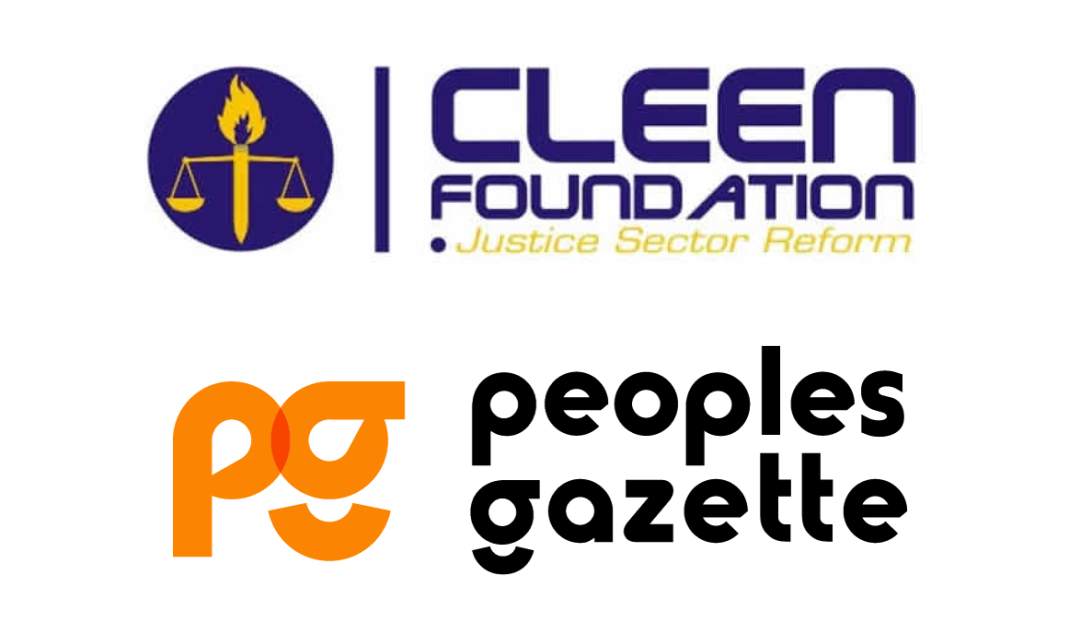 CLEEN FOUNDATION: PRELIMINARY FINDINGS ON THE CONDUCT OF SECURITY PERSONNEL DEPLOYED ON ELECTION DUTY DURING THE 2021 GOVERNORSHIP ELECTION IN ANAMBRA STATE

The Election Security Support Centre (ESSC) of CLEEN Foundation, in collaboration with the Police Service Commission (PSC) and Peoples Gazette is monitoring the conduct of security agencies deployed for the Anambra State Governorship election holding today Saturday November 6th 2021 and other incidents during the election process.

We also have noticed a general calm across the state and an improvement in voters’ turn out at the elections. However, there are also challenges with logistics and deployment of INEC in parts of Anambra State. Early observation showed that a number of women and youths turned to exercise their franchise. Overall, security officials were approachable and professional in their conduct at the time of this statement. In terms of logistics, the Bimodal Voter Accreditation System (BVAS) devices were seen to malfunction in certain polling units across the state. These ranged from internet connectivity, lack

of facial recognition and authorization fingerprints. A few of these were linked to errors during the voters registration exercise. However, INEC’s technical teams were seen to respond to some of these technical challenges as they arose.

The ESSC tracked, documented, escalated and followed-up on security related developments across the state through twenty-one (21) INEC accredited observers deployed across all the Local Government Areas (LGAs) in Anambra State. In addition, CLEEN Foundation deployed its mobile

application called the CLEEN Mobile App which allows accredited observers to report security issues in their respective areas of observation. Other information related to election security were tracked and verified through credible media sources and social media platforms of credible

partners. The following issues are highlighted as part of our preliminary report as at this time.

4.1. Early Arrival of Security Personnel: According to the statistics generated through our observer reports, 47% of security personnel arrived at the polling units across the state before 9:00am, while 53% arrived from 9:00am upwards. This is below average and security agencies will have to improve on timeliness in subsequent elections.

4.2. Possession of Firearms at the Polling Unit: CLEEN Foundation observed that 64.7% of the polling units across the state were protected by unarmed security personnel. However, there were reports of firearm possession by patrol personnel across the state.

4.5 Approachability of Security Personnel: Reports from our observers show 64.7% of the security personnel at the polling units were approachable,17.6% of these were very approachable by their disposition, while 5.9% were observed to be somewhat approachable.

4.6. Feeling of Safety at the Polling Unit: CLEEN observed 76.4% of the polling units were seen to be safe and secured for voters at all polling units visited by our observers.

Moreso, at Polling Unit 001, Ward 2, Ihiala LGA, INEC Officials and election materials were observed not to be present as at 10.26am, they arrived at 1:09pm. However, electorates were present at the unit waiting for the officials. Interestingly at ward 1 & 2, in Idemili South LGA, there were challenges

in the movement of materials and officials to the respective polling units from the registration area centre (RAC) as at 11.30am as the vehicle to convey the materials was absent.

Also, at polling unit 001, Ward 1, Aguata LG, voting commenced by 10.00am due to late arrival of electoral officials and materials. At Polling Unit 001, Ward 2, Ihiala LGA, INEC Officials and election materials were observed not present as at 10.26am, however electorates were waiting patiently.

We observed that security personnel deployed to the state especially the Nigeria Police Force were poorly remunerated. For instance, while police inspectors and Senior Police Officers were paid N67, 000, the rank & file were paid N32,500 as allowance for policing the polls.

We observed that a lot of policemen were found without hospitable accommodation. This payment is inclusive of accommodation and feeding for the police officers who have been deployed since Monday this week from different states across the country. This portrays a wrong impression and brings to fore the issue of welfare package of the officers which has been a recurring challenge in previous elections.

CLEEN Foundation observed voting did not commence early in some polling units due to malfunctioning of the Biometric Voters Accreditation System (BVAS) which was newly introduced and deployed for this election. For Instance, in Polling Units 010,011 & 014, Ward 3, Dunukofia LGA, there were reports of late accreditation due to the malfunction of the BVAS.

Similarly, at virtually all the polling units at Ward 2, Anambra East LGA, and Polling unit 4,ward 4, Abaga, Njikoka LGA, we observed the malfunctioning of the BVAS and poor logistics by INEC including delayed commencement of polls. Furthermore, at Polling Units 001 & 002, Ward 5, Orumba South LGA, the BVAS were observed to malfunction and could not authenticate the fingerprints of voters. Also, at Ward 2, Aguata LGA, we observed the same challenge of the BVAS, however, the efforts of INEC Officials who worked hard to reach their ICT centers to resolve the issues. Similarly, at polling unit 010, ward 8, while the BVAS Machine was observed not working, INEC Technicians were there to fix the devices.

1. We urge the police hierarchy to improve the welfare package of police officers deployed for election duties. The proper and adequate remuneration of security personnel will boost the motivation and ensure that officers carry out their mandate without prejudice or undue influence by political actors.

2. INEC should ensure improvement in the distribution of materials to avoid disenfranchisement of citizens. We also encourage to improve the response time for addressing the BVAS challenges to increase voters’ trust in the process.

3. We implore citizens to exercise patience amidst logistic challenges INEC is currently facing. We encourage citizens to keep faith in the process and exercise their civic responsibility.

4. We encourage registered voters to go out and exercise their franchise as the election has been generally observed to be peaceful.

CLEEN Foundation will continue to observe the election and later issue her post-election statement to detail more on the overall conduct of the security personnel deployed on election duty. We are pleased to note that the next phase of the election which involves collation is very crucial moment, we enjoin INEC, the Law Enforcement and Security agents to maintain the highest level of professionalism in their conduct by guiding against any form of compromise that could scuttle the democratic process.

Thank you and may God bless Ndi Anambra and the Federal Republic of Nigeria.