In real life, your speech might actually decide your fate. 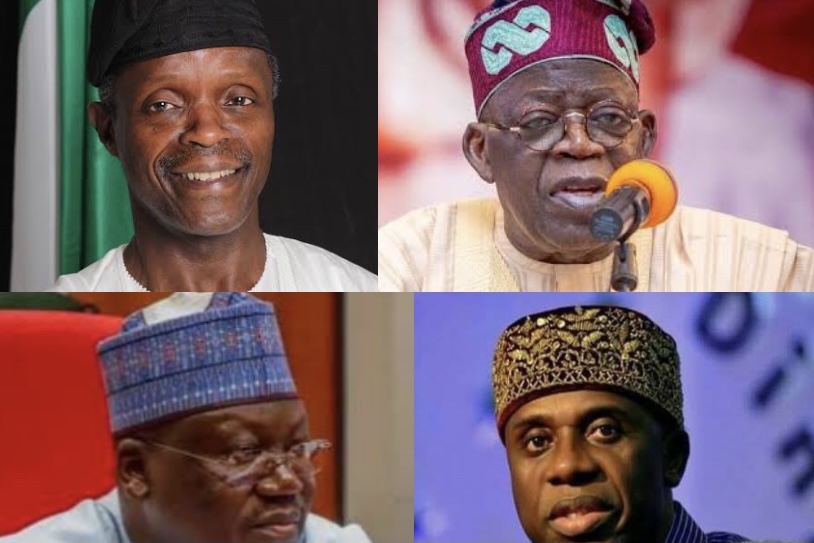 The All Progressives Congress (APC)’s presidential primary election has come and gone. The winner, Aswiwaju Bola Ahmed Tinubu, is known and has been declared the party’s flagbearer. Congratulations to the Jagaban of Borgu and his formidable team for a landside and indisputable victory. Numbers don’t lie. Disputing them is churlish.

The event was sheer drama filled with suspense and colourful personalities, twists and turns like every respectable spectacle. The two days of the convention showed its ability to hold a significant part of the country captive and glued to their TV sets.

Those two days, however, were just the climax of days, even weeks, of fascinating and instructing intrigues delivered by top political gladiators and leaders of the APC. With this ability of politics and politicians to engage and entertain so many, Nollywood should be worried.

The convention itself, like a ritual or a tension-filled spectacle, had four major protagonists and five major acts. The leading characters were the aspirants, delegates, regulators and background actors. During the show and by sheer chance, a gentleman called Sulieman Idris got a special mention like one of the less than one percent very special characters that graced the show at Eagle Square: He lost his debit card, and his name was mentioned to the whole of the country.

Aspirants played the roles of gladiators whose visible and assessable swords and shields were their words that delivered speech after speech. Thankfully, the Eagle Square for the convention was more like a Greek Arena rather than a Roman Coliseum. Some aspirants used their speech to step down, whilst others used them to step up. Delegates were there to play the role of judges whose votes were designed to be influenced by speeches and other messages passed before the speeches. Party and INEC officials assisted by security forces played the role of validating and marshalling voters and later their votes.

The background actors of the day were various kinds of audiences, from institutional dignitaries on the scene to chair the event right to the crowd on the scene to cheer arrival, accreditation, speeches, voting, vote-counting and declaration of the winner.

Like every spectacle worthy of such a name, the APC and other political primary elections offer some important lessons that we all can learn and use in our daily lives. Let us face it: there is currently an unhealthy but understandable desire to be a delegate by many in the country.

I will today pretend not to know why such desire is trending amongst many, and I will instead focus on lessons we can learn about public speaking. An act that in our times has become mainly aimed at persuading, pleading, pleasing or pitching.

A very important factor in public speaking is time management, it is important to know how much time you have to speak and what you intend to do with the amount of time you have.

No matter how important the dignitaries, it makes no sense to have two minutes of speaking time allocated, and you use 47 seconds to greet people name by name. That takes away from content. You risk being interrupted or derailed.

It is neither elegant nor safe to ask for more time from the moderator during public speeches. It is your duty to gauge your speech before time and adapt it to the allocated time. If you really must ask for more time, then negotiate it before your speech. Feel free to choose which of the aspirants did not think this way.

In public speeches, perception tends to be more impressive than analysis. It is very helpful to look at the part. You have the right to your own style and culture, but when you are in the process of pleading, persuading, pleasing or pitching, it is important to look the part your audience expects you to look.

You cannot be speaking with the aim of becoming a CEO, President or any kind of public leader and dress casually or like a rebel unless you are sure your audience wants that. It is true that the robe does not make a monk, but it surely helps. Your facial expressions and tone of voice matter more than you might think. You are not really allowed to be yourself when public speaking. I did not say Governor Ben Ayade.

Your speech should be directed mainly at your audience with the aim of making clear to them why they should do what you are canvassing for. Do not spend time validating or praising others’ performance or abilities.

Your listeners want to know what value you are adding. Tell them quickly and clearly what is new and useful about you. Unless they ask you to tell them, don’t spend your speech showing how much you know about others, listeners tend not to care. It is about you: your ideas and ability, make it about you not about others. Many aspirants annoyingly did the contrary at the Eagle Square.

Conjuring the image and feelings of those that matter to those that will decide your fate or assent desire is a good tactic. There is something consoling, reassuring, even sacred and magical, about the feeling of those we care about. Humans tend to think that doing what is good for their loved ones makes any act right, even noble.

A speaker that is able to tie his or her pitch to the benefit of the loved ones of the audience is seen by many as thoughtful, caring and reliable.

The first person to introduce this slant at Eagle Square was Senator Rochas Okorocha, VP Yemi Osibajo doubled on it later and that move had some positive effect in terms of speech making.

Yes, the best speaker did not win at Eagle Square. And, yes, elections are not won anywhere by speeches alone. Nothing is won by speeches alone, but they help. And whilst what we witnessed was a final act of a long process where most acts were played behind the curtain, in real life, your speech might actually decide your fate.

Join me on Twitter to continue this conversation @anthonykila