“There has been gloom among the Christian community all over the country since Tinubu announced Kashim Shetima as his running mate.” 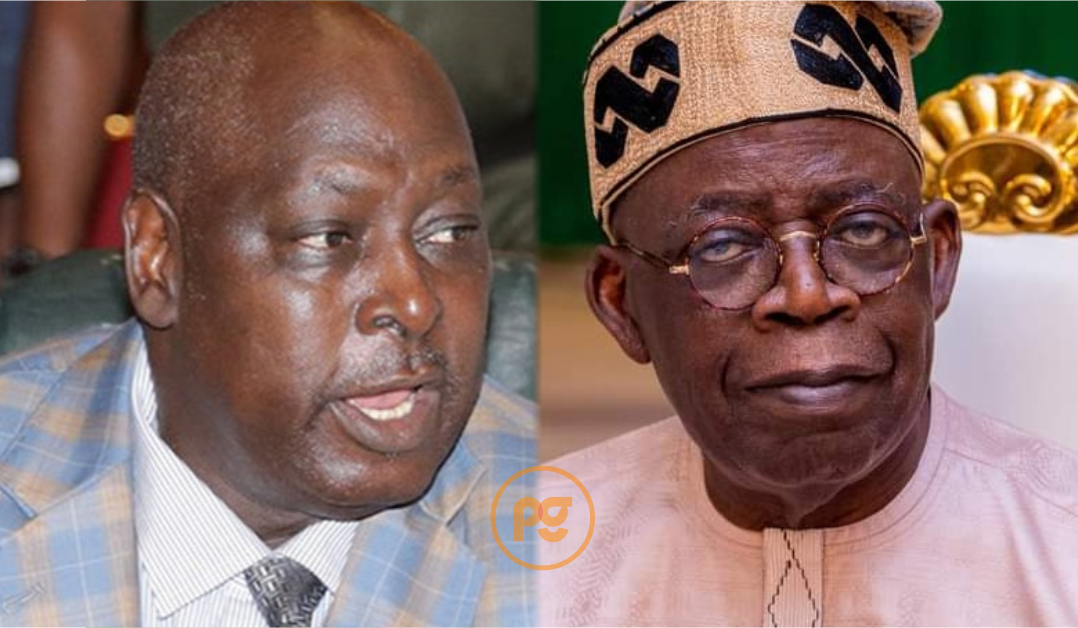 I thought I will be able to avoid commenting on the disastrous error by my very good friend, Sen Bola Ahmed Tinubu, in his choice of a running mate.

I will be the very last person to stand in the way of my very good friend Tinubu’s path to the presidency. This is because, since 2011, my consuming passion has been for him to succeed Buhari as President of Nigeria.

It will not be true if I say that I did not see it coming. I have often read his body language, picked up snippets from several discussions with his lapdogs (some of whom, sadly, are Christians but most of whom are Muslims), and I have conveyed my reservations to them against the pitfalls of a Muslim-Muslim ticket towards which I sensed they were drifting.

As part of my obligation to him, a close friend, I had on many occasions argued the merits and demerits of both ticket permutations to him. I have done so in both verbal and written form, and I have likewise done so with some of his close respectable associates and friends. In all instances I had left him with the sole responsibility for his final decision arguing that in the end the consequences of the outcome of any bad decision would be his to bear.

There might be some collateral damages, though. I have also, on several occasions, passed on to him counsel and messages from some well-meaning Nigerians intended to alert him on the possible outcomes of the presidential ticket permutations.

Tinubu is a very good man. He is a great listener. He has a very humble and friendly disposition to everyone. He is very generous in both cash and kind, especially where it could advance his political interests. But I have realised that it is in the nature of power that sycophants and lapdogs have the most influence on leaders with such character traits.

They will lie to him, malign and disparage others and generally do anything to curry his favour and also put well-meaning associates in a bad light. I suspect this is what has happened to my friend. He has been cornered by self-serving, hero-worshipping lapdogs.

It never used to be like this. While in his hay-days in Lagos, he surrounded himself with smart, street-wise guys that could tell truth to power. He had Rauf Aregbesola, Yemi Osinbajo, Babatunde Fashola, Dele Alake, Muiz Banire, etc. The Lagos days were the days of think-tanks, strategic planning, monitoring and evaluation, principles and ideologies.

But these people have since grown-up and moved up to establish their own systems, leaving my friend stranded. Nature, they say, abhours a vacuum.

Welcome the Abuja equivalent. But the Abuja equivalent are people inflicted with the modern Nigerian diseases – religious bigotry, sycophancy and morbid tribalism. They are mostly political jobbers who are most times not averse to the application of diabolical means. Gone are the days of think-tanks and strategic planning. Gone are the days of principles and ideologies.

Try and call a meeting; they will not attend. Try and make a plan they will sabotage it. Everything is ad-hoc; everything is chaotic because they excel in such environments.

The result is that they have played on his long-term ambition to be president and have built it into a sort of desperation and a crescendo that easily justifies this satanic resort to a Muslim-Muslim ticket. This is the calamity that has befallen my friend.

And why Kashim Shetima? He is an overambitious man who has a Machiavellian bent and has lots of money with which to procure a preferred-candidate status among Tinubu’s lapdogs. And as we are beginning to see, to also procure bogus supporters, especially from among the Christian community, to help launder his not-so-good image.

But as a popular proverb goes: “Those whom the gods want to destroy they first make mad”. It appears that the gods want to destroy the APC and its presidential candidate and have chosen the instrumentality of the northern Moslem governors and their super ambitious tool and Kashim Shettima for this purpose. Alhaji Kashim Shetima is a Greek gift from the Northern governors to Tinubu. I advise Bola to make sure Kashim’s two hands are always in plain sight and empty.

True, based on the advice of his new friends, Bola Ahmed Tinubu has made his choice. And I am sure he thinks he is ready for the outcome of that choice. He has chosen to bring religion to the front burner of Nigerian politics. And being a Muslim, he has chosen to take sides with his own religion. For all he cares, Christians can go to blazes with their votes.

But he must also be told that there will consequences for this choice. Some of them are that Christians all over the country will revolt against the APC to put the chances of his election in serious jeopardy. It will also put the election of all Christians standing for elections in Christian-dominated areas in jeopardy. This could result in APC being a minority party in both the National and State Houses of Assembly.

The northern governors and some northern Moslem elites must have persuaded him that they would never vote for a ticket that has a northern Christian on it. And he has agreed with them. But if he thinks a Moslem-Moslem ticket will win him the northern Muslim votes, he should have a rethink. They will massively vote for one of their sons because it is in their nature to do so.

Buhari, their first son, will not be on the ballot in 2023. Atiku their second son will be.

Proof of a possible Islamic agenda was leaked when Governor Ganduje, the “Kadmul Islam”, gave advance notice that Tinubu had assured them he would nominate a Moslem as his running mate. For those who might not know, Governor Ganduje has a foundation called “Ganduje Foundation” which purpose according to its website is to “provide selfless service to humanity and Islam” but whose primary purpose it appears is the conversion of Christians to Islam.

So if my very good friend Tinubu, in a desperate bid to become president, allows himself to be made into a religious bigot or even a mujahideen, he is welcome. But it is a risk that will not play out positively for his presidential bid. But, were he to win and become President of Nigeria, it would be as a sectional president, an Islamic president, and he will surely face massive discontent and opposition even before taking off.

Expecting Nigerians to ignore this crass insensitivity to the country’s diversity amounts to acceding to the perpetration of very grave injustice and discrimination against a huge segment of the society. No one who seeks to be president of Nigeria should ever deploy the tool of religious extremism and exclusivism as a tool to win elections. This is very, very dangerous. And this is very sad.

But, baring any last-minute change of mind, Bola has made his choice. He should be bluntly told that in this choice, Nigerian Christians clearly see a pending Islamic Republic of Nigeria in its infancy and are right to be severely anxious. There has been gloom among the Christian community all over the country since Tinubu announced Kashim Shetima as his running mate. Are the generality of the Muslim ummah happy with this? The answer is a resounding NO.

How then do we respond? The decision as to how to respond to this deliberately senseless act of provocation is both corporate to each religious group and also personal to each voter that loves peace, and hates injustice. Christians want to continue to live peacefully with their Muslim neighbours at home, at school, and at the workplace. In the markets and on the streets as we have always done or desired to do. And I am sure Moslems share this view too. No one person’s ambition to rule over us should be allowed to set us apart and at war with one another.

Bola Ahmed Tinubu, should be compelled by whoever can do so to rescind this decision. President Mohammed Buhari should exercise his powers as the Commander-in-Chief and as the APC Leader to revoke this nomination of a VP by Tinubu. The APC National Chairman should refuse to sign the nomination forms if not rescinded. There is a story in the bible on how some people responded to similar provocation:

“And when all Israel saw that the king did not listen to them, the people answered the king, “What portion do we have in David? We have no inheritance in the son of Jesse. To your tents, O Israel! Look now to your own house, David.” So Israel went to their tents” (1 Kings 12:16).

I would love for Bola to be our next President. But I am afraid a Moslem-Moslem ticket will be “Dead on Arrival”. And the arrival date according to INEC’s election timetable is 25th February 2023. This ticket will drag down the whole APC members to the pit. We all should reject it.