APC thugs threatened to beat, chase me out of palace but God saved me: Ataoja of Osogbo

The monarch gave the disclosure during a visit by the governor-elect, Ademola Adeleke and his supporters to his palace. 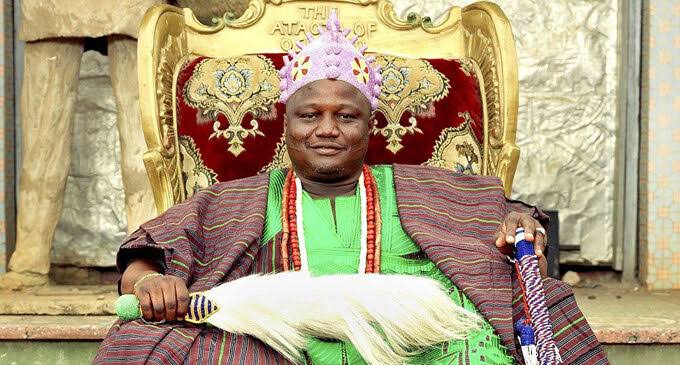 The Ataoja of Osogbo, Jimoh Oyetunji, said he was threatened with eviction by some politicians should their party win the last Saturday governorship election in Osun State.

The monarch gave the disclosure during a visit by the governor-elect, Ademola Adeleke and his supporters to his palace.

Mr Oyetunji, who spoke in Yoruba said the unnamed politicians threatened that they would cane and sweep him out of the palace if their principal wins the election.

“My sermon to my son, who is now my boss, is simple: May you be successful in the office. I am saying this openly so that people can hear,” the monarch prayed. “Let them know that my joy has come. Imagine them saying they will sweep me away with their brooms… with a cane from this palace?”

The traditional ruler stressed, “It is God that saved me. It is not only Ademola (Adeleke) that has been lucky, myself, the Ataoja, is also lucky. Let them listen to me now, no one can chase me out with a cane. I congratulate all of us that God has given this new governor.”

In the build up to the election, the paramount ruler had openly lambasted thugs of the APC who waylaid the PDP supporters who had called on the palace for blessings. He particularly called out notorious NURTW chairman in the state, popularly known as Asiri Eniba as the agent provocateur.

Meanwhile, the outburst of the royal father did not go down well with some of his subjects, who accused him of partisanship.