The downturn followed an already poor year for tech companies, which were among the top gainers during the pandemic’s early phases. 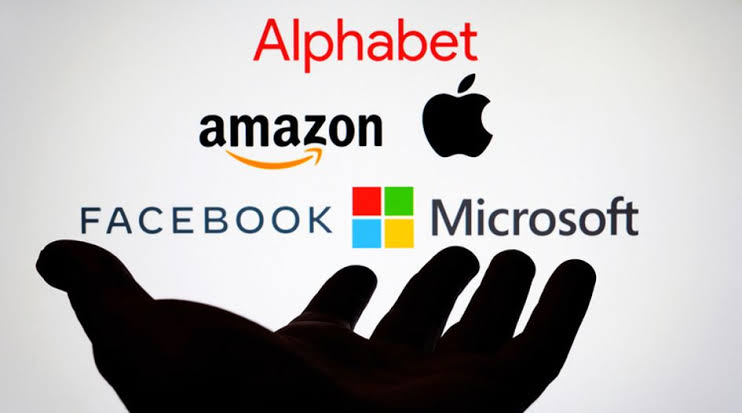 The market capitalisation tech giants; Google’s Alphabet, Apple, Microsoft, Amazon, and Facebook’s Meta all decreased by a combined $1.5 trillion within a month, according to a Tradingplatform.com report.

The report seen by Peoples Gazette on Thursday, detailed that the Big Five digital firms lost a combined total of more than $1.5 trillion.

According to the report, the combined market cap of the tech companies plunged by 22 per cent in the last three weeks, falling from over $6.9 trillion to $5.36 trillion.

Tradingplatform.com detailed that Amazon was the most severely impacted of the five biggest digital businesses, suffering a stunning $245 billion in losses in just three weeks.

“According to data presented by TradingPlatforms.com, the Big Five tech giants have collectively lost over $1.5trn in market cap in less than a month. Amazon’s Market Cap Dipped by $245B in Three Weeks, the Biggest Drop Among the Big Five,” the report read.

The most recent downturn followed an already poor year for tech companies, which were among the top gainers during the pandemic’s early phases.

Investors were alarmed by the company’s outlook for the crucial holiday quarter, which predicted a sharp decline in year-over-year sales growth. As a result, Amazon’s share price dropped more than 18 per cent to less than $90, the stock’s lowest level since early 2020, and the year’s value dropped by 45 per cent.

Data revealed that in only three weeks, the market capitalisation of the world’s largest retailer of online goods fell by a startling $246.1 billion, from $1.23 trillion in the final week of October to $983.9 billion last week.

The report further detailed that Meta’s market cap fell by 18 per cent in the last three weeks, from $364.6 billion to $296.6 billion.

Microsoft has seen the smallest market cap drop of all five companies, with its stock value falling by $32bn or 1.7 per cent in this period.