Army warns journalists against wrong use of COAS’ portrait

The army said media houses were still using the army chief’s old portrait as against his new official portrait. 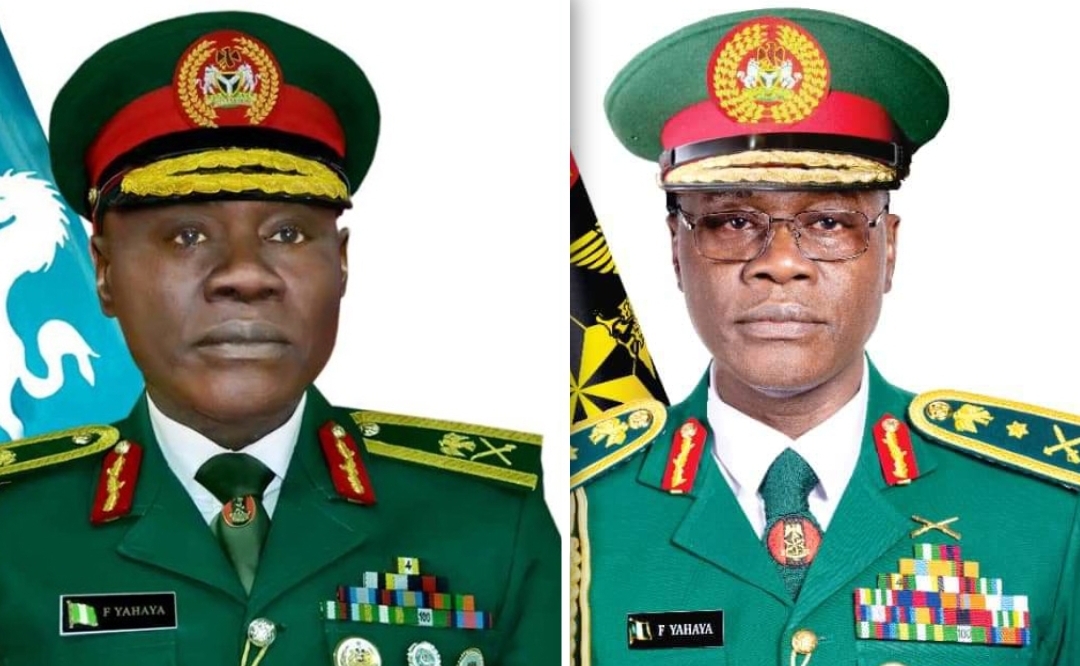 The Nigerian Army has warned journalists and media houses to desist from using wrong portraits of Chief of Army Staff, Faruk Yahaya, urging them to “disregard the old portrait.”

In a statement on Friday in Abuja, Army spokesman Onyema Nwachukwu noted that media organisations were in the habit of using improper photos of the army chief were he adorned uniforms with lower ranks that do not reflect his current status as a lieutenant-general.

Mr Nwachukwu said Mr Yahaya has changed his official portrait since he was appointed as the Chief of Army Staff but journalists and media houses have continued to use his old portrait.

“Following the appointment and subsequent decoration of the Chief of Army Staff Lieutenant General Faruk Yahaya, an official portrait was produced and disseminated to the media houses via various social media platforms and forums,” Mr Nwachukwu said.

“However, it has been observed with dismay that despite this, some media houses, defence correspondents and online media practitioners have persistently used the official portrait of the COAS when he was still a Major General in various command appointments,” he added.

Though Mr Yahaya has right to determine his official portrait, media houses and journalists are not compelled by any law to use any particular image to tell their stories.

Media houses have rights to determine which of Mr Yahaya’s photos is used for their stories in a manner that does not misrepresent him, Peoples Gazette understands.