The Imo state governor claims that the federal government was working round the clock to resolve the lingering industrial action. 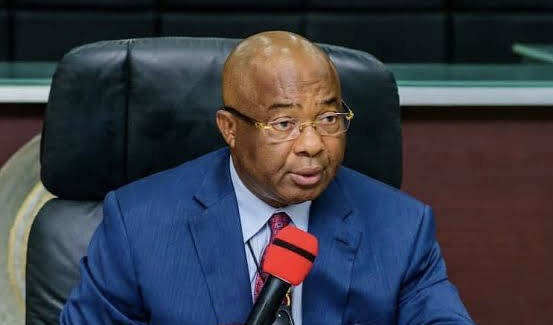 Governor Hope Uzodimma has assured members of the organised labour in Imo that President Muhammadu Buhari’s regime was not insensitive to the plight of students in the country.

Mr Uzodimma stated this while addressing protesting organised labour, led by the Nigeria Labour Congress (NLC) on Tuesday in Owerri.

“I am also in solidarity with you; I want to assure you that the Federal Government is not insensitive to the plights of our children in school. I want to urge you to be patient,” he said.

NLC embarked on the protest in solidarity with the Academic Staff Union of Universities (ASUU) to demand the federal government to honour agreements reached with ASUU to end the six months strike.

However, Mr Uzodimma said the federal government was working round the clock to resolve the matter.

While also urging members of ASUU to look beyond the federal government’s interest and consider the interest of students, the governor urged the union to “temper justice with mercy”.

Uzodimma further assured workers in the state that he would do his best to protect their interests and promote their welfare.

The state chairman of NLC, Philip Nwansi, urged the governor to wade into the lingering dispute between the federal government and ASUU.

“Our students are roaming about; universities’ workers and lecturers are not receiving their salaries; we want to plead with the Federal Government and the state government to help us make sure that this problem is solved in no distant time,” he added.