The president described the release of the kidnapped students as “a huge relief to the entire country and international community.” 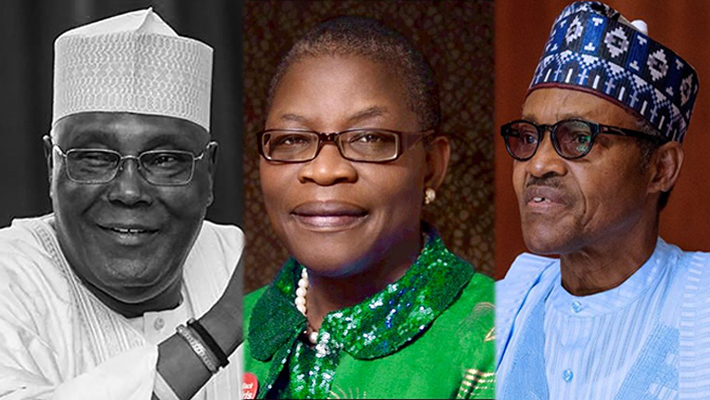 The safe return of no fewer than 344 abducted students of an all-boys science school in Kankara, Katsina State, has been celebrated by a plurality of Nigerians.

‌ Among prominent personalities thrilled by the release of the schoolboys, who were whisked away by gunmen last week are former vice-president Atiku Abubakar and erstwhile presidential candidate in the 2019 election, Oby Ezekwesili.

President Muhammadu Buhari had described the release of the kidnapped students as “a huge relief to the entire country and international community.”

Mr. Buhari commended Governor Aminu Masari of Katsina and security agencies for their roles in facilitating the release, while appealing to Nigerians to be “patient and fair” in their criticism of his administration.

Former vice-president Atiku, in a statement on Friday morning, congratulated the rescue team for bringing joy to the traumatised parents of the abducted pupils.

Mr. Abubakar called on Nigerian authorities to beef up security around schools in vulnerable and volatile areas to forestall a recurrence of the embarrassing incident.

Mrs Ezekwesili, in a series of tweets on Friday morning, hinged the unrestrained abduction of the schoolboys on the collapse of national security under President Buhari.

“Imagine the depth of incompetence that produces the kind of monumental failure of intelligence and security that again made #KankaraBoys abduction possible at all,” Mrs. Ezekwesili, a former minister of education wrote.

She queried why Mr. Buhari has yet to render accounts for his administration’s handling of the decade-long war against insurgency.

“When was the last time the @NigeriaGov of @MBuhari rendered an account of the status of the Counterterrorism war to Nigerians?” Mrs. Ezekwesili queried. Others eminent Nigerians, including northern religious and political leaders, also welcomed the development in separate statements on Friday morning.

President Buhari had recently backed out of an interactive session with federal lawmakers, wherein he was scheduled to brief parliamentarians on his government’s strategy in containing insurgency, widespread kidnapping and armed banditry that have ravaged many parts of the country for years.