Coup talk and echoes of a Banana Republic

You can choose when to have a military government, but often, you can’t decide when, or even if, they would leave. 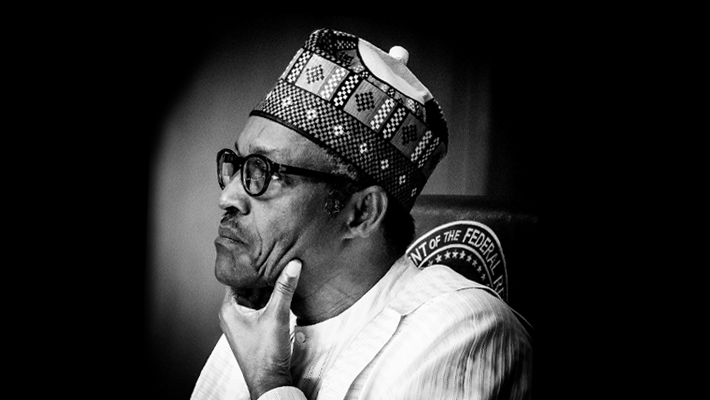 These days, it seems all right to play with fire. The blaze started as a solitary spark in Mali in August when the streets, the elite and jihadists banded to remove President Ibrahim Boubacar Keita.

The former president had discarded election results and written a version that tightened his grip on power. How he thought he could reinvent the Mansa Musa legend in a country riven by violence and poverty only he can tell. Outside the capital, Bamako, however, it was clear that Keita’s ambition was dead on arrival, awaiting funeral. And, of course, he didn’t last to tell the story.

To this day, efforts by the 15-member Economic Community of West African States (ECOWAS) to remove the military regime that sacked Keita, or even get a firm handover date commitment, have failed. You can choose when to have a military government, but often, you can’t decide when, or even if, they would leave.

Before the coup in Mali, West Africa had been coup-free for nearly a decade, with the exception of Guinea-Bissau.

Apparently, soldiers in Niger, Mali’s eastern neighbour, had their own plans as well. On the eve of the swearing-in of President-elect Mohamed Bazoum, they struck but failed. A government spokesperson described the attempt as a “cowardly and retrograde” act, but the same ECOWAS which rallied to chase away The Gambia’s Yahya Jammeh four years ago when he wanted to steal an election, barely said a word.

To compound the region’s misery, Chad happened. The military coup was partly a result of President Idriss Deby’s misrule and mainly as a result of the destabilisation of the Sahel and the Chad Basin by ISWAP elements from Libya.

Like ECOWAS, the African Union (AU) has also been silent. France, weeping more than the bereaved, didn’t mind the hypocrisy of defending Deby’s repressive record and his son’s illegitimate takeover, because, clearly, French financial and strategic interests were worth the crocodile tears. Within nine months a region that had witnessed relative political stability recorded three military coups, two of them successful.

What started as a spark in Mali is slowly growing into a wildfire. And now, a section of public opinion in Nigeria, a regional powerhouse, is that it might not be a bad idea to light a fire from the neighbourhood to quench the current blaze of domestic problems.

Why is Nigeria playing with fire? How did we become so desperate and so overwhelmed by the bad examples from our neighbours that copying them now appears to be only where salvation lies?

Robert Clarke, a senior advocate of Nigeria, swore by his father’s grave last week, that if things continued the way they were, he could not guarantee that Nigeria would survive another six months. His apocalyptic view may have been exaggerated, but his concern is not.

Kidnapping for ransom has become a deadly game with dozens of school children in and out of dormitories as targets. A foreign newspaper recently described Nigeria as a bandit country, with little distinction between bandits and negotiators.

Since January, dozens of security men have been killed in violent attacks, while police stations and correctional centres have been set on fire and destroyed with hardly a record of anyone held to account.

On top of this, Boko Haram has planted flags in communities less than two hours’ drive from Abuja, the federal capital, and is reported to be collecting taxes and even distributing “relief materials” in some communities. Where Boko Haram is not running amok, ethnic militias have seized the space, issuing ultimatums, imposing curfews and generally behaving like an alternative government.

Kaduna State in the North-West, which has the highest concentration of elite military institutions in the country, has been so badly devastated by the spate of deadly clashes, kidnappings and banditry that Governor Nasir El-Rufai suggested that schools should relocate close to military bases. But anyone who has seen the fortification around these bases will know that even the bases are struggling to save themselves.

In the midst of this, President Muhammadu Buhari’s government appears bereft, divided against itself, weary of issuing condolences, but not ashamed of being condoled with. The government is lost between hijackers and incompetents. Not a good place to be.

That should worry anyone and Clarke is right to fear the worst. But agreeing, as most members of the elite now do, that Nigeria is in serious trouble, besieged by echoes of what has brought its neighbours to their knees, does not mean the worst would happen. Nor does it suggest that a military coup is desirable or viable.

Not because the military’s knee-jerk promise of loyalty means much, but for two main reasons: one is the enlightened self-interest of the military itself, and two, is that state institutions and civil society have been severely weakened, and ethnic and religious passions dangerously inflamed. With the proliferation of arms among rogue elements wearing different hats, the military cannot prevail without the country potentially dissolving into fragments.

In pre-1999 Nigeria when soldiers ruled, they held power without being accountable. At first, they didn’t care, hiding behind the vague idea of “national interest and corporate survival” as the main reasons for seizing power.

As time went on and it became clearer that they tolerated criticisms mainly as a small price to pay for the large amounts of money they were stealing, they began to clamp down on civil society and became more hostile and intolerant.

By the end of the Cold War and with increasing internal pressure and demand for change, soldiers had had enough. But not before Nigeria’s peacetime generals and their acolytes emerged, discreetly below Forbes’ radar, as some of the richest men on the continent.

Democracy has made them even more prosperous, and with less headache that comes from being at the political helm. Today’s military top brass is speaking in cryptocurrency, fat bank accounts, prime landed assets and foreign stock options. Rocking the boat is too high a price.

With chunks of the trillions of naira set aside for the prosecution of the endless war on insurgency in the last over one decade ending in private military pockets, only mad officers would make a coup. For what?

Also, the country is so broken along ethnic, tribal and religious lines with light arms and ammunition per capita nearly tripling in five years, that militias with secessionist agenda may prove far more difficult to handle than any ambitious officers may reckon. And that’s not adding Boko Haram and the current wave of banditry to the messy pile.

The hubris of a potential coup is exaggerated. The chances of Mali or Chad happening in Nigeria are zero. What should keep the country awake at night is not a threat from the army but the surge of poverty, hopelessness and lawless groups that could supplant both the military and civil society together. We’re mutually vulnerable.

Former U.S. Ambassador to Nigeria John Campbell is right that the Nigerian elite is fed up with Buhari’s government. Those pretending otherwise are mostly hypocrites or folks determined to be misled. Also, calls for Buhari to resign are futile. Those calling for his resignation know he won’t, and they too, would not resign if they were in his shoes. But it’s foolish to think that a military coup is an option.

The value of the current frustration is that it must not be invested in short-cuts or quick solutions. Instead, it should make citizens wiser, and perhaps, more painstaking in choosing the next leader in two years’ time.

Azu Ishiekwene is the Editor-In-Chief of LEADERSHIP.