Quest for federalism and its many ironies

Legislative lists of the 1999 Constitution set the roles of the different tiers of government with a lopsided and irresponsible tilt in favour of the Federal Government. 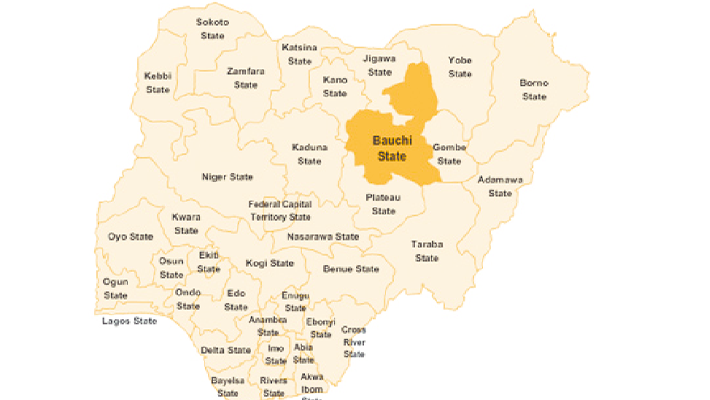 One month from now, Nigeria’s last batch of states created in 1996 to bring the total to 36, would turn 25 years old.

The last batch of six states – Ebonyi, Bayelsa, Nasarawa, Zamfara, Bauchi and Ekiti – was created by the military head of state, General Sani Abacha, on October 1, 1996.

Post-Abacha, agitation for more states has continued, which is hardly surprising for a country with over 300 ethnic nationalities, where diversity has been disastrously mismanaged in recent times.

To date, no civilian government has created any state and that trend seems set to continue. The exception was in 1963 when the mid-west region was created out of the old western region after a referendum in the First Republic.

The best that the country can hope for is a more decentralised, hopefully, restructured system. And even that increasingly appears a mirage.

The Exclusive, Concurrent and Residual legislative lists of the 1999 Constitution set the roles of the different tiers of government, with a lopsided and irresponsible tilt in favour of the Federal Government.

The Exclusive List comprises 68 items apart from 30 others in the Concurrent List on which the Federal Government can also make laws. The large-scale privatisation of Federal Government assets under President Olusegun Obasanjo was supposed to lighten the financial burden of the centre, freeing more resources to the states.

But Abuja still gorges itself on a disproportionate share of the Federation revenue, while states with growing populations, failing infrastructure and increasing crises of poverty and insecurity, pay through their noses to fend for themselves.

The move by Rivers State Governor Nyesom Wike to capitalise on the legal loophole in the Value Added Tax (VAT) law presents yet another interesting challenge in the quest for true federalism. VAT, a consumption tax paid across the product value chain, was introduced in 1993 under the military.

Even though it has been widely criticised for entrenching a “monkey-dey-work-baboon-dey chop” pathology, a cynical reference to a system where Lagos, for example, contributes the chunk of the revenue, while others feed off the trough, VAT continues to be an important source of government revenue.

In 2020, the Federal Government increased the VAT rate by 50 per cent and cracked the whip at the Federal Inland Revenue Service (FIRS) to expand its tax base, especially following the collapse in oil revenue as a result of the COVID-19 pandemic.

While the FIRS lists a myriad of taxes under its schedule of fees and those responsible for them, the Constitution is silent on VAT and the argument can be made that it falls under the Concurrent List that state governments can set and collect – a loophole that Rivers State has seized.

But Rivers is not the first or only state to exploit legal loopholes to stretch the definition or boundary of the autonomy of states.

In his time as Attorney General and Commissioner for Justice in Lagos, Professor Yemi Osinbajo led the state in a series of restructuring by litigation to claw back swathes of Federal wasteland, in areas such as the creation of local governments, physical planning, title registration, registration and production of vehicle number plates and casino licensing.

Lagos State in 2019 also secured a judgement that upheld its right to charge and collect consumption tax from hotels, restaurants and event centres within the state.

The judgement is based on the principle that the power to impose consumption tax is on the Residual List. This judgement was also given against the FIRS that deemed that it had the right to collect those taxes.

These battles on legal interpretations of the Constitution are cut and dried. The challenge for the right of control over inland waterways in Lagos, for example, was fought in court for over 10 years, before a ceasefire was brokered between the National Inland Waterways Authority and Lagos State.

Ironically, in 2019, one year after the “truce”, the Minister of Transport, Rotimi Amaechi, re-affirmed the right of the Federal Government to control the inland waterways of the state.

Focusing on VAT alone misses the big picture, as it conforms to a long list of issues that state governments have sought to challenge federal authority on. The fact that VAT is the new warfront is a tad ironic, especially in light of the claim by the Federal Government that 85 per cent of receipts are returned to state and local governments.

The other warfronts, from grazing routes to the Petroleum Industry Act and even internal party discussions on the next president, are other areas that both tiers of government would continue to disagree on.

Yet, the position of the courts as the final arbiter, while laudable, signifies the limited nature of the country’s democracy and the fact that while debates about decentralisation are here to stay, there is no approach towards how members of the political elite seek to get there.

The ongoing constitutional amendment offers a pathway but engagement with the process has been stifled – some argue deliberately – and the country’s history of unsuccessful amendments and conferences in the twilight of unpopular administrations continues.

In essence, Nigeria’s gradual decentralisation is now being championed by state governors, a group that, depending on the weather and time of day, sometimes finds itself conflicted and at other times, incentivised to it. Despite the significant powers they currently possess, they understand that there is room for more. While this is a welcome development, let no one be deceived that they embarked on this mission for altruistic reasons.

State governments control almost half of the country’s revenues, and as Ngozi Okonjo-Iweala said in her book, “Reforming the unreformable”, they have little accountability to anyone. A majority of them hold on to the belief that they should control local government funds.

As this same group has sought autonomy from the Federal Government on a range of issues, they’ve conversely fought against judicial and legislative autonomy within their states. It’s difficult to argue that they act in the national interest or those of even their states.

Last year, the Centre for Advanced Defence Studies (C4ADS) acquired a private database of Dubai real estate owners. The report done in 2016, found that 35 governors from 15 states were linked to 69 different properties in Dubai.

While Nigerian governors were not the only group of Nigeria’s political elite in the report, they were the country’s third-largest group after “suspected PEP proxy” and “PEP linked government persons”.

Governors have acted for themselves and their political cronies with their end goal being to retain power even after their term, by becoming godfathers, players on the federal political scene or becoming federal legislators.

Governors and others who have worked at the state level and gone on to work at the federal executive level have seen their appetite for decentralisation or “true federalism”, greatly reduced.

For instance, a current serving minister was governor of a state that tussled with the federal government on the right of state governments to create local governments. The issue is now moot and the state’s legal representative that led the challenge, would later emerge as Vice President.

In essence, state governments are challenging the terms on which the country is currently constituted, in whose interests, no one knows. However, these challenges have the opportunity to deepen our democracy but also require that we scrutinise these actions and be wary of an over-reliance on an imperfect judiciary.

Only this week, the Chief Justice of Nigeria, Ibrahim Tanko Muhammad, invited some state chief judges over the proliferation of conflicting judgements on the status of the chairman of the People’s Democratic Party. In whose interests were the ex parte orders procured and in which genuine federation will a Chief Justice summon judges of its constituent states to answer a query?

If the issues were limited to those of a fluid and ever-changing political elite that has seen three sitting governors defect to the ruling federal party in less than a year, then Nigerians should be wary of these developments. But that is not the case; these are symptoms of a much deeper problem.