The Boeing C-17 planes used by the U.S. air force often use the call sign “Reach” followed by a combination of numbers. 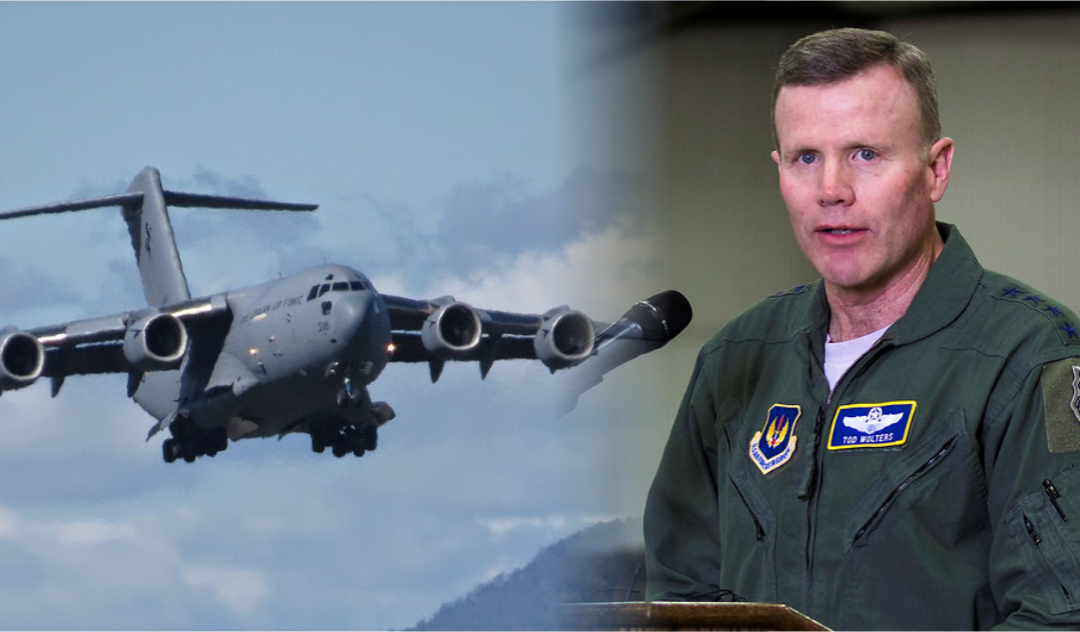 A baby born on board a U.S. military flight during the evacuation mission from Afghanistan has been named after the plane.

The girl was born at the U.S. Ramstein Air Base in Germany and was named Reach after the plane’s call sign, commander of the U.S. forces in Europe, Tod Wolters, said at a Pentagon briefing Wednesday.

The Boeing C-17 planes used by the U.S. air force often use the call sign “Reach” followed by a combination of numbers.

The U.S. Air Mobility Command had tweeted at the weekend that a woman went into labour during the flight from Qatar to Germany and had experienced complications.

Her condition improved after the plane descended in altitude to increase air pressure, which helped to save the mother’s life.

Soldiers helped to deliver the child in the aircraft’s cargo bay upon landing, the command said.

The military has since spoken with the parents, Mr Wolters said.

“As you can well imagine, being an Air Force fighter pilot, it’s my dream to watch that young child called Reach grow up and be a U.S. citizen and fly United States Air Force fighters in our Air Force,” Mr Wolters said.

The German air base was just a transit point for the evacuees from Afghanistan.

At the moment they were generally being flown from there to Dulles International Airport, near Washington DC, and then distributed to U.S. military bases.

Ramstein, near the western German city of Kaiserslautern, was the largest U.S. air base outside the country.

Mr Wolters said it had capacity for up to 12,000, and that together with other German sites and one base each in Italy and Spain, there was capacity for 25,000 evacuees.