Gunmen on December 26 abducted Mr Mato, the Paramount Ruler of Gindri in Mangu Local Government Area of Plateau at his residence. 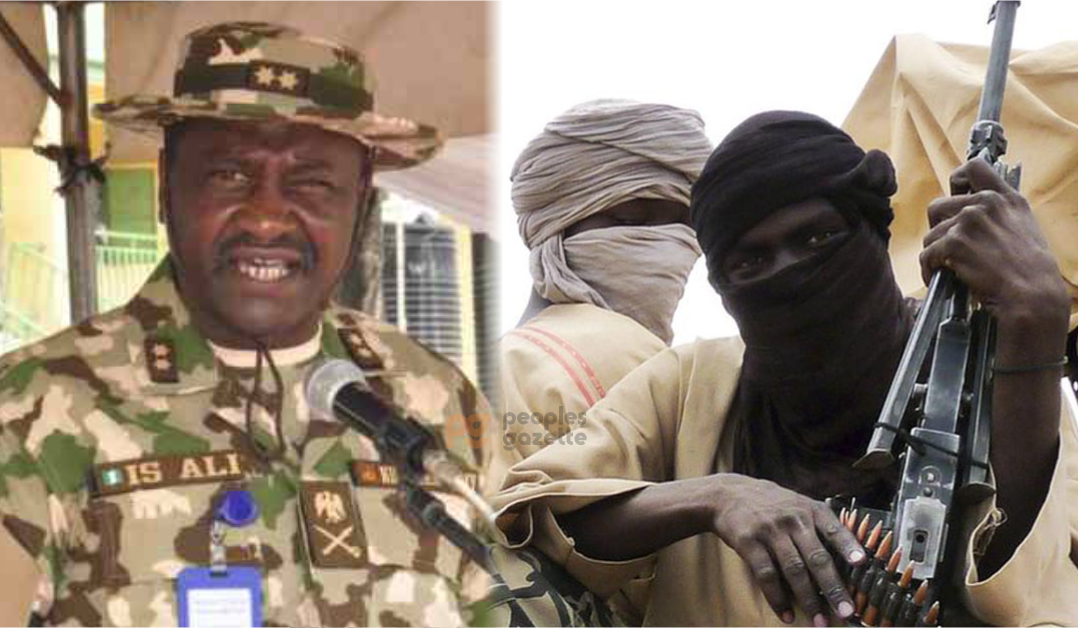 Mr Ali disclosed this when officials of the Correspondents Chapel of Plateau Council of Nigerian Union of Journalists visited him on Wednesday in Jos.

Gunmen on December 26 abducted Mr Mato, the Paramount Ruler of Gindri in Mangu Local Government Area of Plateau at his residence.

Mr Ali, who doubles as the General Officer Commanding (GOC), 3 Division, Nigerian Army, Rukuba, near Jos, said that his troops have arrested some suspects in connection with the crime.

“The abductors of the traditional ruler have called and demanded a ransom of N500 million to secure his release. We have arrested some suspects. They are in our custody.

“These are people we feel have knowledge of the incident. We have picked them up and they are being interrogated,” he said.

The commander said his men have been deployed to the area to conduct search and rescue operations.

Mr Ali, who further decried the rise in the spate of kidnapping in the country, said that security agencies are on top of their game toward ending the menace.

“Kidnapping is one of the major problems in this country; it is increasing on a daily basis. You can be kidnapped by anybody, anytime and anywhere.

“But we are working round the clock and have put modalities on ground to end the menace,” Mr Ali said.

He urged journalists to use their various platforms to support the military in their bid to end all forms of insecurity in the country.

Earlier, Gyang Bere, Chairman of the Chapel, said the visit was to familiarise with the Commander, strengthen existing relationships and seek further collaborations.

He commended the commander for the cooperation he accorded his colleagues by always providing information that would facilitate balanced coverage of the command’s operations.

Mr Bere also commended the Commander for his contribution to the relative peace being enjoyed in the state and urged him to do more.