Governor Seyi Makinde of Oyo says his administration will continue to support and give necessary assistance to the Nigerian Army and other security agencies. 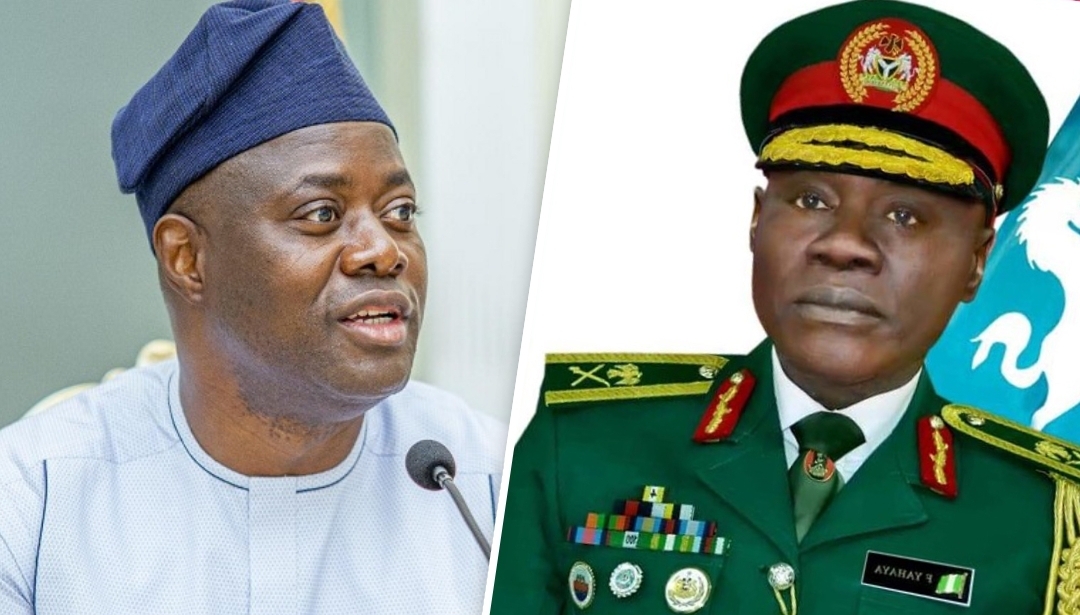 Governor Seyi Makinde of Oyo says his administration will continue to support and give necessary assistance to the Nigerian Army and other security agencies requesting more security cover for the state.

On Monday, Mr Makinde made the request while hosting the Chief of Army Staff, Faruk Yahaya, in Ibadan.

The governor used the opportunity to thank the General Officer Commanding (GOC), officers, and men of the 2 Division, Nigerian Army, for the support they had been given the state.

Mr Makinde said the size of the state, about 29,000 square kilometres, “justifies huge security task,” adding that Oyo had an international border, making it prone to bandits’ activities.

He, therefore, called on the army to continue collaborating with his government to secure the state, stressing that the state will continue to play its part.

“As a government, we can give you the assurance that we will do everything humanly possible to provide support and also cooperate with you,” said the governor.

Mr Makinde used the opportunity of the visit to express his heartfelt condolences to the army over the death of the former COAS, Ibrahim Attahiru.

Mr Yahaya said he was on a working visit to Oyo, saying he needed to pay a courtesy visit to the governor to appreciate his assistance to the Nigerian Army.

He implored Mr Makinde to continue his support for the improvement and well-being of the army personnel in the state that the army would continue to collaborate with the Oyo government in providing adequate security.