Banks, insurance firms, others to shut down if Buhari fails to end ASUU strike

“The union will have no other option than to call out all our members in banks, insurance and other financial institutions in solidarity with ASUU.” 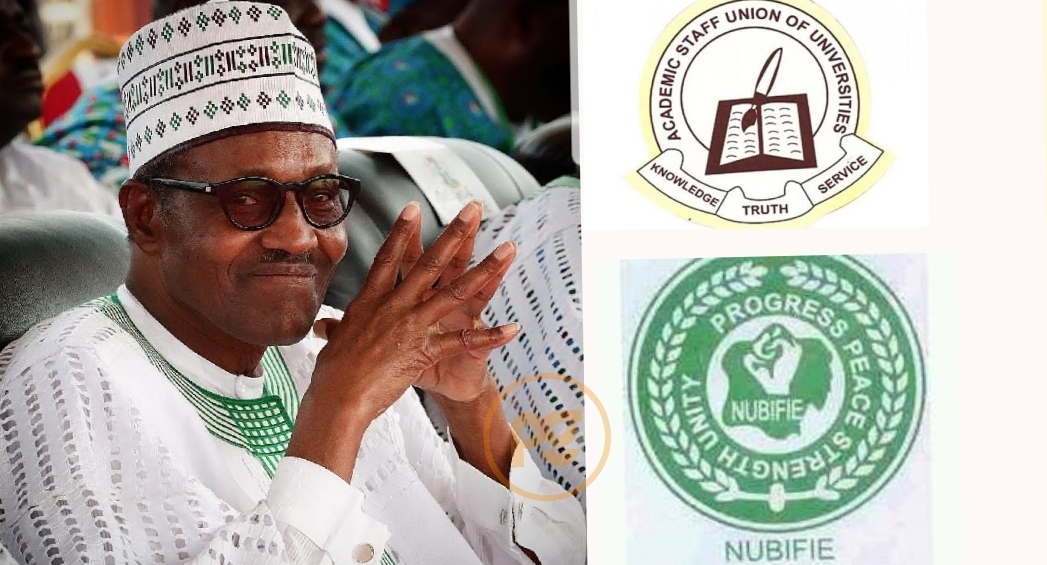 The National Union of Banks, Insurance and Financial Institutions Employees (NUBIFIE) has announced that it will mobilise its members to join the Nigeria Labour Congress (NLC) in its solidarity strike over the lingering Academic Staff Union of Universities (ASUU) strike.

This move which will ground banking and insurance services across the country is expected to force President Muhammadu Buhari’s regime to take “concrete” steps to end the months-long ASUU strike.

“However, if after the one-day protest by NLC on this issue and nothing is done, the union will have no other option than to call out all our members in banks, insurance and other financial institutions in solidarity with ASUU,” NUBIFIE said in a statement co-signed by its national president, Anthony Abakpa, and general secretary, Mohammed Sheikh, on Sunday.

NUBIFIE expressed concern about the psychological trauma the lingering strike would continue to have on the students and their academic performance.

The NLC had earlier said it would organise a nationwide protest on July 26 and 27 over the failure of Mr Buhari’s regime to resolve the impasse.

“We have scheduled as follows the national days of protest to get our children back to school and support our unions in Nigeria’s public universities fighting for quality education. The dates are on July 26 and 27 at all the state capitals of the federation and Abuja, the Federal Capital Territory and take-off points are at the NLC State Secretariats and the Labour House, Abuja,” NLC said on Sunday.