The Speaker, Aminu Achida, put the motion into a voice vote and was unanimously accepted by the lawmakers. 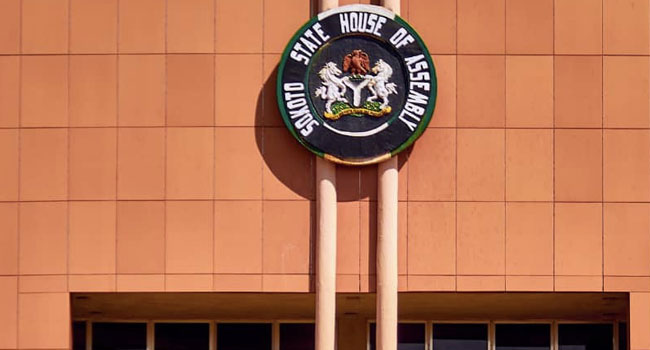 A Bill for a law to regulate expenses in Marriage, naming ceremonies, Circumcision and other matters connected therewith, in Sokoto State has passed second reading at the state House of Assembly.

This development followed a motion sponsored by Abubakar Shehu (APC- Yabo), and co-sponsored by Faruk Balle (PDP- Gudu), at the plenary session of the Assembly on Wednesday.

Presenting the Bill, Mr Shehu stated that it is intended to regulate and reduce to the bearest minimum, the high rate of expenses and extravagances in marriage, naming and circumcision ceremonies in the state.

He said it was obvious that the unwholesome practices in the celebrations had negatively affected the institutions.

“Thereby, causing economic setbacks and financial meltdowns in the society.

“This ugly trend, if continued unchecked and unregulated, will continue to make marriages very difficult.

“Thereby promoting promiscuity, adultery and homosexuality among our populace,” he said.

The lawmaker added that it was now glaring that the inability of an intending groom to meet up with the said expenses and extravagances often led to break-up of marriages.

“The situation has continued to yield an increase in the number of divorces in our society.

“Therefore, if the Bill is passed into law, it would drastically reduce the marriage expenses and high rate of divorces in our society,” he added.

The Speaker, Aminu Achida, put the motion into a voice vote and was unanimously accepted by the lawmakers.

Mr Achida referred the Bill to the House Committee on Religious Affairs for further legislative processes.