Since the imposition of martial law in Ukraine, men between the ages of 18 and 60 are prohibited from leaving the country. 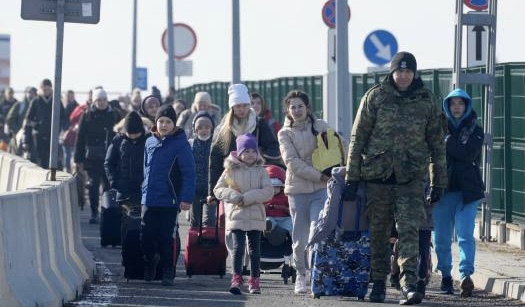 The Ukrainian border authorities said that more than 60 Ukrainian men attempting to cross the border illegally into Moldova have been arrested.

The men had tried to leave the country via the Dniester River, the authorities announced on Wednesday.

They were immediately handed over to military authorities.

The day before, 16 men were arrested and handed over to the army. Some of them are said to have tried to bribe the border guards to facilitate their crossing.

Since the imposition of martial law in the wake of Russia’s attack on Ukraine, men between the ages of 18 and 60 are prohibited from leaving the country.

Earlier, the border guard had announced that more than 80,000 Ukrainians, most of them men, had returned to the country since the war began on February 24.