“They just want to prevent us from hosting our presidential candidate, Rabiu Musa Kwankwaso,” the state chairman of NNPP alleged. 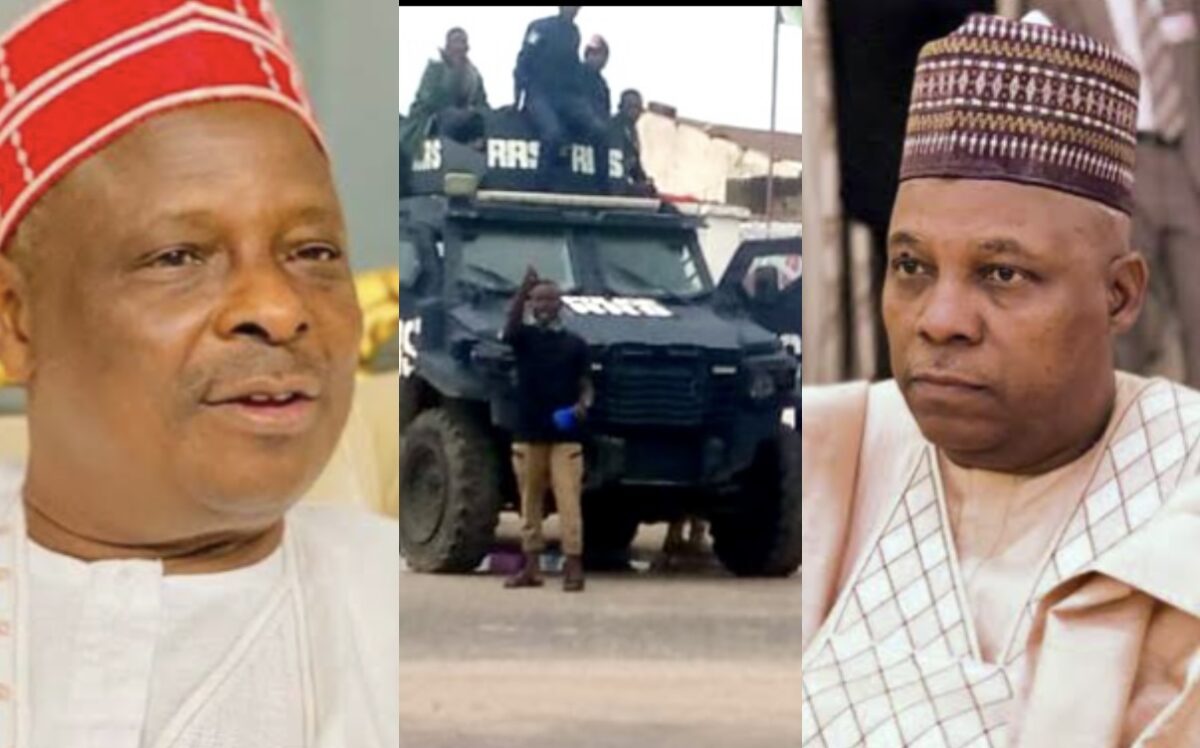 The police in Borno have sealed off the state secretariat of the New Nigerian People’s Party (NNPP) on the orders of the Borno State government.

An Armoured Personnel Carrier vehicle was stationed at the entrance of  the secretariat located at Abbaganaram area in Maiduguri, as of Thursday afternoon.

A detachment of policemen were also around the building as seen by journalists.

Mohammed Mustafa, chairman of the state chapter of the party, while reacting to the development, described it as “surprising”.

“Alhaji Rabiu Kwankwaso, our presidential candidate, is expected to visit Maiduguri on Saturday, but we woke up today (Thursday) to see Policemen with Armoured Personnel Carrier stationed in front of our secretariat.

“The Policemen have prevented party members from going in.

“The party occupied this secretariat three months ago and it was expected to be formally inaugurated by our presidential candidate on Saturday. He was also expected to hold a meeting with party stakeholders in the state there.

“We have gone to the Police Command headquarters where we were informed that there was a letter from the state urban planning and development board claiming that the office was located in a residential area and that was why they were ordered to seal it.”

Mr Mustafa said that the offices of all leading political parties in Maiduguri, particularly APC and PDP, were situated in residential areas and wondered why that of NNPP was singled out.

“To me, this sealing of office is motivated by political reasons. They just want to prevent us from hosting our presidential candidate, Rabiu Musa Kwankwaso,” he said.

Mr Kwankwaso is running to become Nigeria’s president in 2023 in an election where a former governor of Borno State, Kashim Shettima is the vice presidential candidate of the ruling APC.

“The excuse that our office is cited in a residential area is frivolous. It is just aimed at undermining the efforts of our party and nothing more than that,” Mr Mustafa argued.

“By the law establishing the urban development board, if a residential area is converted for some purposes other than what is approved by the government, the person concerned is served notice and given a minimum of six months.”

Reacting to the development, the Commissioner of Police in Borno, Abdu Umar, simply said that the problem is between the party and the Borno urban development board.

“The Police are there to ensure there is no breakdown of law and order,” he told NAN.

Meanwhile, a letter on the issue from the Borno State Urban Planning and Development Board, titled “Contravention Notice” and signed by Kaka Malam Umar, said that converting the structure to a party office had contravened the law.

The letter, which was sighted by NAN, was copied to the police and the SSS.

“The Board has observed, with dismay, that you have converted a residential building into an office building which is contrary to sections 43 and 50 of Law No.1 vol. 27 of 2001.

“Therefore, you are directed to revert the building to its former state with immediate effect.

“Failure to comply, the board will not hesitate to seal the property and recommend for revocation of its title document including prosecution,” the letter read in parts.

“We have been following a developing story in Borno. Our party Secretariat has been sealed by the Police for no just cause. And our Borno Central Senatorial candidate has been arrested just like that!

“It is really surprising,” he said.