He noted that the floods had so far hit 33 of the nation’s 36 states, as well as the Federal Capital Territory (FCT), which has not been spared either. 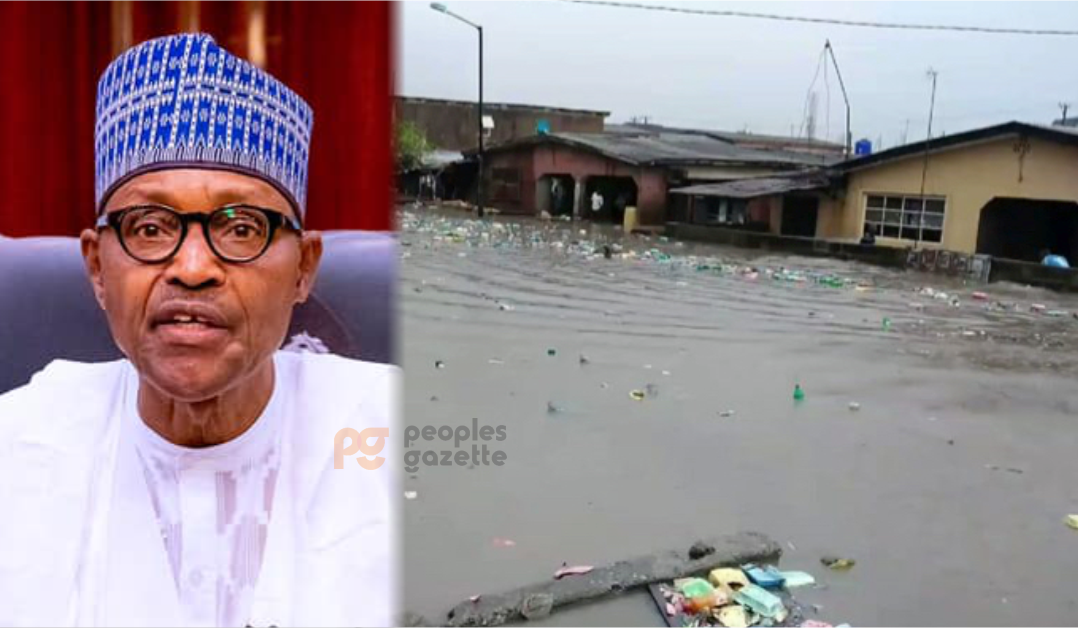 President Muhammadu Buhari on Sunday blamed buildings on water channels, disregard for early warning by the National Emergency Management Agency, NEMA, and the changes to weather caused by climate change as being the major causes of the floods across the country.

He noted that the floods had so far hit 33 of the nation’s 36 states, as well as the Federal Capital Territory (FCT), which has not been spared either.

Floods caused by torrential rainfall and poor drainage have swept through vast landmass, submerging and consuming lives, farms and properties along its course.

The Ministry of Humanitarian Affairs and Disaster Management on Tuesday said that “over 1.4 million persons were displaced, about 500 persons have been reported dead… and 1,546 persons were injured.”

Rhoda Ishaku Iliya, the ministry’s spokesperson in a statement added that,”Similarly, 45,249 houses were totally damaged… while 70,566 hectares of farmlands were completely destroyed.”

Expressing sadness at the devastation caused by flood in Bayelsa, the president also directed all concerned to work for the restoration of normalcy throughout the affected parts of the federation.

The Bayelsa State government says 700,000 persons have been displaced in about 300 communities and villages in five of the state’s eight local government areas that were submerged in water due to rains causing the floods.

The president, in a statement by his spokesman, Garba Shehu, on Sunday in Abuja extended the nation’s condolences to the families of the victims and all those affected by the natural disaster.

Mr Shehu quoted the president as directing that all federal agencies dealing with rescue and disaster management offer all needed assistance to Bayelsa as the authorities in the state continued to take steps to help people hit by the floods.