Ironically, both Messrs. Buhari and Ganduje have long been seen by a plurality of Nigerians as the most corrupt and incompetent leaders the country ever had. 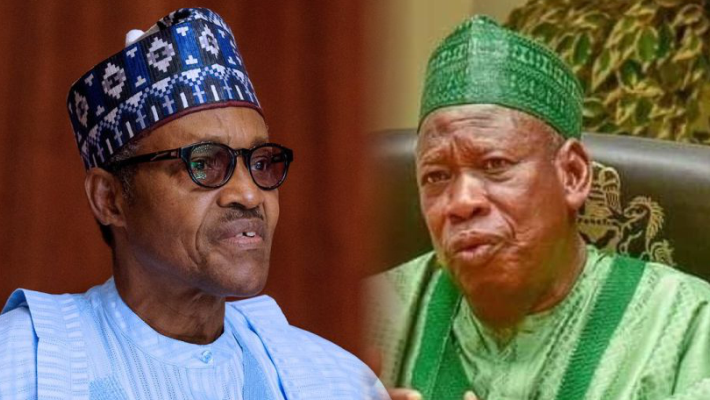 A bickering between political aides of President Muhammadu Buhari and Governor Umar Ganduje has snowballed into a debate on incompetency.

Bashir Ahmad and Salihu Yakasai, both working as social media aides to the president and the Kano governor, respectively, took on each other on Wednesday evening to express their disappointment with the performance of their respective principals over the state of incomplete infrastructural projects in the North.

Mr. Yakasai has been critical of the president for failing to complete a single project in the North despite garnering the largest number of votes from the region in the elections.

In August, he called the president out for failing to kick off the Kano-Ibadan rail project despite numerous promises. Last night: “Thank God both Kano & Kaduna will be completed projects to leave for their states come 2023 as a legacy that’ll boost socio-economic devt of the states & indeed the North. By the way, Dec is almost over & work is yet to commence on the Kano-Ibadan rail line as promised.”

In October, at the height of the #EndSars campaign to end police brutality, Mr. Yakasai was suspended for criticising Mr. Buhari via his Twitter handle @Dawisu. He had called out the president for failing to address the nation at a critical time in the nation’s history.

Mr. Ahmad, on the other hand, has often taken time out to lambast Mr. Ganduje of failing to provide basic infrastructures for residents of the state.

He tweeted in response to a photoset of a road project happening in Kaduna, saying:

“Kudos to Gov @elrufai. Such could be a solution to Kano’s problem at the moment, most of the roads in our state are in terrible condition. The ones we have need to be reconstructed and extended to accommodate the millions of keke napeps and cars plying the roads on a daily basis.”

Ironically, both Messrs. Buhari and Ganduje have long been seen by a plurality of Nigerians as the most corrupt and incompetent leaders the country ever had. Mr. Ganduje was caught on camera receiving wads of American dollar bribes from a public works contractor in Kano; while Mr. Buhari has continued to look away, and sometimes benefitted, from mindless looting of Nigerian treasury by his political aides and associates.