Buhari, our father, give us Ibori’s loot: Delta government

“Because the child refuses to accompany me, does it mean the father will not protect the child?” 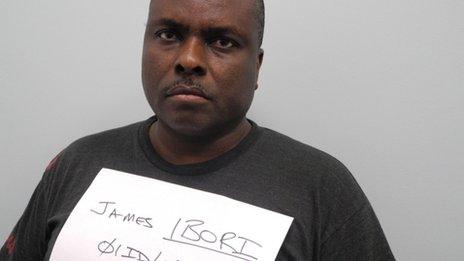 The Delta government has asked President Muhammadu Buhari to hand over the £4.2 million recovered from ex-Governor James Ibori to the state.

On Tuesday, the Attorney-General of the Federation, Abubakar Malami, said the UK would return the money within two weeks.

The loot, when returned, would be used for the construction of the second Niger Bridge, Abuja-Kano road, and Lagos-Ibadan expressway.

A spokesman for Delta, Charles Aniagwu, however, disagreed with the federal government’s plan.

Reacting to Mr. Malami’s claim that Delta did not participate in the recovery of the loot, Mr. Aniagwu told Peoples Gazette, “It is the federal government that is supposed to pursue it as our father, not we.

“If I have a child and need to protect because the child refuses to accompany me, does it mean the father will not protect the child?”

Arguing further that the state needed the fund, he disclosed, “There are lots of project in Delta to use the money to benefit Deltans.

“We have a lot of projects in Delta that we can put the money (into), and what we will use the money for is not a problem.

“Like roads, market and so many other infrastructures that require attention that when we see that money, it will help us to fast-track the development of such infrastructure.”

Meanwhile, rights activists have criticised Mr. Buhari’s decision to spend the recovered loot on other states.

Femi Falana, in a statement, said the fund belonged to Delta and not Mr. Buhari’s regime.

Mr. Falana referred to 2007 when the Nigerian government returned £300,000 to Plateau as part of the £1 million loot recovered by the British government from former Governor Joshua Dariye.

Delta lawmakers also demanded that the Federal Ministry of Finance and Mr. Malami furnish them with all particulars relating to the recovered loot.

On Tuesday, Catriona Laing, British High Commissioner to Nigeria, said the £4.2 million was the first to be returned from the UK under a Memorandum of Understanding (MoU) signed with Nigeria in 2016.